What's on your mind?

I just wanted to share a small detail I noticed was missing from the AC6 aircraft carrier (CVN-30) wiki page. In some of the birds eye scenes before the player takes off, I've noticed that the carrier displays a big "40" on the deck tower and at the catapult launchers too. I just felt that may be something to add to the page.

This is a fun post and is not meant to be taken seriously.

With a Zero poster 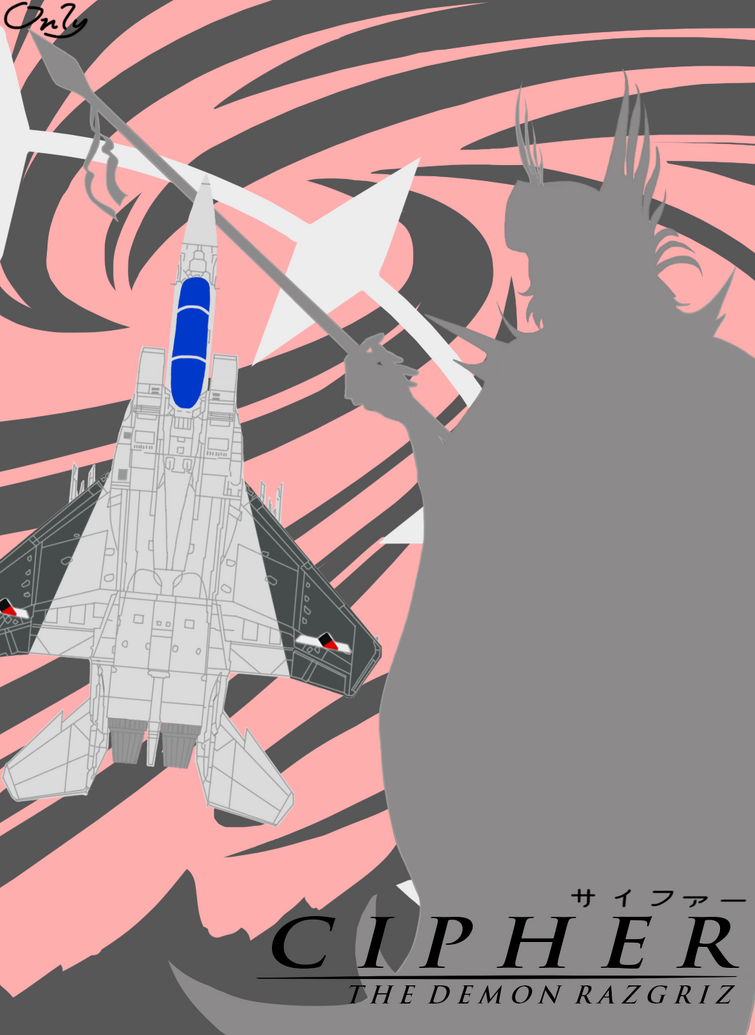 What are some aircraft that have either rarely or haven't been in the Ace Combat series that you wish were in it more or even at all?

Personally, The English Electric Lightning and the F-111/EF-111 Would be among my picks.

In AC04, the fleet if the Aegir fleet. The god of the waves or ocean or something

In AC7, we have the Njord fleet, (the god of sailing and fishing) and the Ràn fleet (the goddess of sea something I can remember). But we sank all of those, so does that mean we killed all the gods of the sea? Does this mean that the protagonists are gods?

Absolutely brilliant strategy for a fandom spanning a quarter of a century. There are comment threads that are healthy and ongoing that started in 2013. The internet is timeless and unlike forum posts, a comment isn't bumped when replied to. It doesn't cause clutter or interrupt other conversations. . . it has its own contained reply tree for every comment.

It is asinine, to know that someone less than a few months from now can draw some thoughts on something I've written, will attempt to share those thoughts with me, which I would still be notified of - and will be told by a system that because it is more than 100 days old - that there is no need to reply.

Literally everyone who reads this line, had a need to reply. Is this getting through?

It is sincerely shameful, to say this to people, to a fandom, that you would hope lasted another 25 years.

I am hoping this is simply some anomaly imposed by the central network, and not something employed by the moderation who, have somehow grown weary of others being engaged with a site they have grown tired of.

Something's wrong with this DLC. I purchased all three aircraft last month, but it didn't give me all the new emblems and skins included with it. Has anyone else experienced this problem, and how can it be fixed?

Is it bad I kinda want to see an allied infantry unit call out a broken arrow over the comms and the player is forced to perform a danger close strike that wipes out both the allied ground unit and the enemy unit that's overrunning it to keep the front stabilized?

If project aces were to make another AC6 style title with a vast "living" battlefield with constantly fluctuating conditions it would be interesting to see a bit of a permadeath system with ground units both infantry and armored and even naval units as well such as Quox, Warlock, and Marigold that were heavily dependent on CAS and air superiority to keep them from being decimated. A unit's loss could trickle into other missions such as having fewer options in regards to capturing a fortress or a city. Or simply results in the player having little to no real support. It could even open up to even more extreme results such as the player taking on entirely different missions to begin with due to a lack of overall military strength or vice versa if the player was fast and efficient enough to keep most or all allies alive throughout the campaign.

Such a concept could serve to affect the very ending of the game, heavy losses result in a bad or somber ending, moderate in a mixed or basic good ending, and 100% surviving units resulting in the best or "true" ending.

For example: Main character's nation is under attack. (like any good AC game) The ending could be a total liberation of the player's country or a total defeat of the enemy's (insert tyrannical regime) if allied units were kept mostly alive. And of course lesser and lesser good outcomes the lesser allied units that survive the campaign.

Such a system can affect allied squadrons that could have potentially assisted the player or could have provided air cover for ground forces so that the player wouldn't be spread thin trying to assist allies.

Sorry for the spam, however these are just my musings on potential AC mechanics. Yes I'm aware these are pretty complex mechanics for such a small yet highly devoted team such as project ACES that would likely cause another lengthy development. I'm also certain I'm not the first to have such ideas.

Some things I noticed, it could mean nothing but, it could have major implications (highly unlikely). In the wallpaper featuring the two ridgeback shinden II's they are flying over the waiapolo mountains at dawn or dusk, which is the VR version of the map. Could this be teasing a VR update of some kind? And on the AC Zero anniversary wallpaper with the two Morgans it only says Ace Combat as opposed to Ace Combat 7 like all the other wallpapers, but it doesn't say Ace Combat Zero either. It could be a typo or it could mean something significant. I don't know anything about video game development, but we no Kono likes to hide things in plain sight (not to mention it's the 25th anniverasry). Again it's just something fun to think about. What do you guys think, could there be something to it or am I just a nut?

I’m doing a little project, and I’d like to know 2 things for it:

You can obviously add anything else to your reply

We only know of "Gamer" from the line "Gamer has confirmed launch for Camilla" in mission 5 of Ace Combat Infinity. Originally, we thought Camilla was the name of the Butterfly Master and that Gamer was another entity confirming her launch. However, we recently found out that "Camilla" was just a mistranslation of "Carmilla", referring to the QFA-44 Carmilla, not the Butterfly Master herself.

I had two Japanese friends translate and help break down the original subtitles:

These were their translations of the line in full:

Here are other important notes and a breakdown from those friends regarding the word "gamer" in relation to the aircraft.

With all of this information in mind, please discuss below whether the articles "Butterfly Master" and "Gamer" should be merged.

Last game I tried was Assault Horizon on the 360, I didn't find one there either. Has anyone heard though?

Two things have come to my attention in the last few days:

Effective immediately, edits on transcript articles are no longer allowed until we can figure out a better layout for them and we can get to work on them without influence from blocked users.

I must also warn everyone that if you are working with someone who has been blocked from the wiki, you run the risk of getting blocked yourself. Please do not do others' bidding for them. If you want to contribute to the wiki, we welcome it, but don't do it because someone else asked you to or gave you something to write down.

The multiplayer will adopt the form of a battle royal in the likes of CoD or Fortnite, with a large amount of players in the same big location with a zone getting little by the time of the game goes on.

The pairing system, in order to be adaptable with the amount of players wich actually plays online is going to be based in Performance Points. Every player is going to have 10 of this performance points BUT, if you put friends into your lobby those 10 points are goingto be splited in equal parts for all the players in the lobby. This is to ensure the proper adaptation of the aircrafts into a multiplayer match. By this way, for example, your next ADF-11F Raven is going to be exactly the same as those from Hugin and Munin, ( yes, with the ADF-11 cockpit ejecting qhen reach %100 damage) but of course, it will cost a lot of those Performance Points and you wouldn't be able to make a big party.

The final performance points figures would be a combination of:

the aircraft statistics and

The first one is like those in infinity, with all teams working together to beat it.,

The second is a death match between those who are still operative (maintaining teams) and, the last step is the encounter with that aircraft and his/her boss pilot. Note that damage is sustained during all stages so .... it's going to be very hard to win.

The other super planes acquisition method is going to be for the winners of official tournaments worldwide..

Developing parts, aircrafts and weapons is going to change. Now if you gave a F-16C and develop better parts , you will unlock the F-16F. So , forget about flaying a fishbed vs a Falken. Dedicated time will have it's rewards.

A little but substantial change will ocurr regardless speed

Now aircrafts will have a cruise speed wich will vary depending on each aircraft. BUT when you push the accel button you will consume fuel. Cruising doesn't, but accelerating yes.

This duel can be air refueling with some flaying tankers that will appear in certain moments during the game.

Of course, if you have a large team, it will be easy to repel enemy's while you or one of your buddies is charging fuel...

Ok hear me out. There should be an a Show About Ace Combat. Here are some ideas.

2. A lore show about the history of Strangereal. (Pre 1995) This could get the series to make sense. How Belka and Osea got their rivalry. The Cold War (Strangereal) The Medieval times (Strangereal) good lore.

3. This one makes no sense but screw it. TONIGHT! ON FULL THROTTLE! Cipher talks about war crimes. Mobius 1 visits the Alicorn at the bottom of sea! And Pixy gets angry at borders.

This one makes no sense. And it has nothing to do with Ace Combat. Its just Top Gear but in ace combat (the British one pre 2015)

We have ten articles right now in https://acecombat.fandom.com/wiki/Category:Guides all of which are pretty short. I don't see any easy way to expand them, and we've also got more to make that will fall into the same issue (we're missing ACX and JA at least).