It's a real shame to see a stalwart like Tomcat hanging up his cleats, but I understand and respect his decision and reasoning, even if I don't like it.

Something a lot of people just don't think about is how hard it can be to maintain a steady stream of good content on a youtube channel, especially if you aren't making gobs of cash from it. For someone like Tomcat, who was making videos purely out of the affinity he has for this franchise and its community, no doubt it got seriously hard. People idolize YouTubers as some kind of paragon of success, but the most successful ones have loads of ass-kissers and team members helping them make their content. If you're a one-man-operation, like I think Tomcat was, it was probably extremely difficult to juggle a YouTube channel and the rest of his life. With that being said, in my opinion, this is a loss to the AC community at-large. Tomcat was a witty, sarcastic fellow with a sharp sense of humor and a laid back, easygoing demeanor, and his videos were a pleasure to have watched for the last 10 years. In the long run, I have a lot of respect for Tomcat for making the difficult decision of shutting down his content, rather than stagnating and losing respect for his own creations, and I will gladly sacrifice the opportunity to watch his videos if it means he returns to a place where he enjoys himself again.

What was your favorite Tomcat171 video? 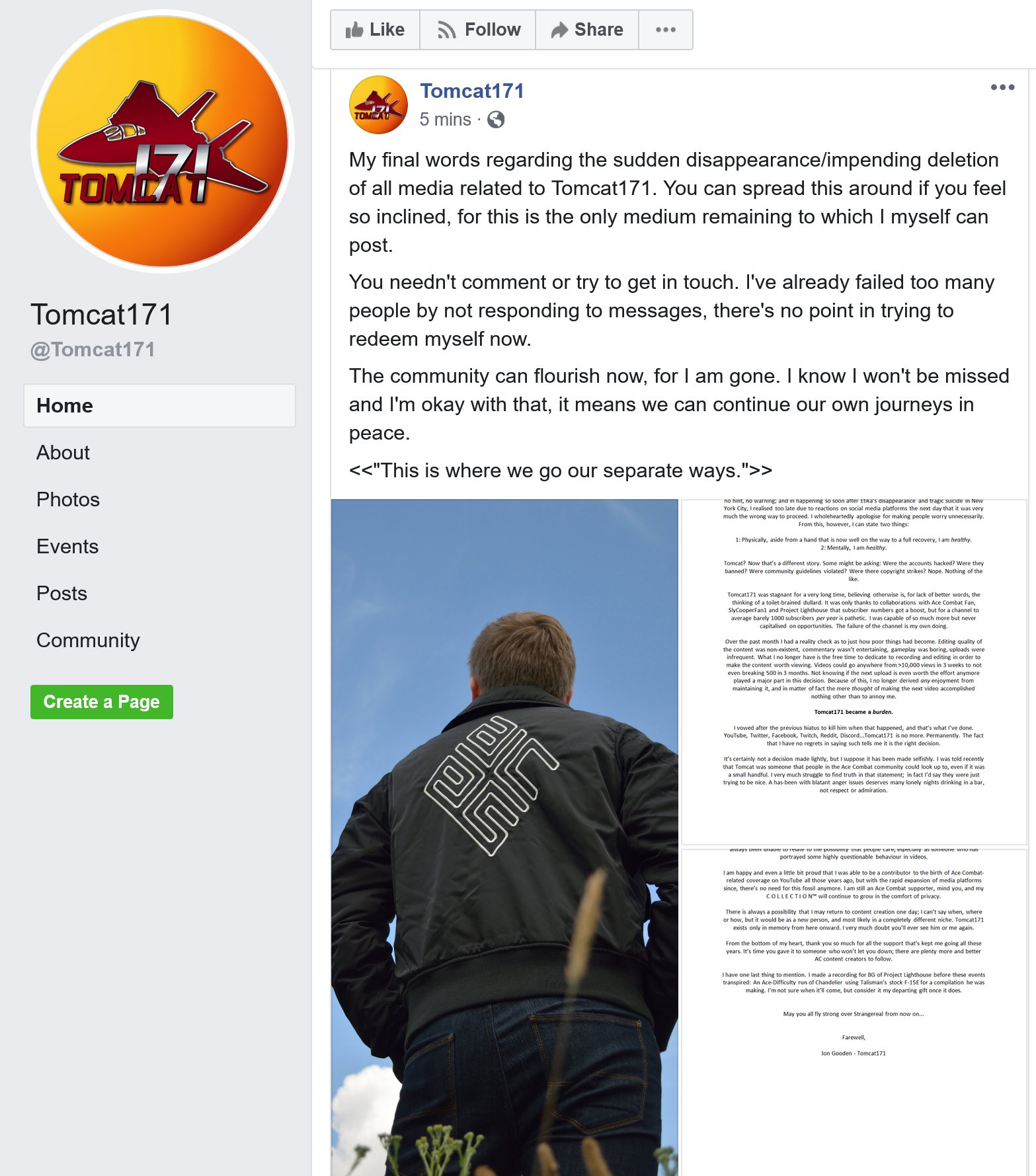 Tomcat171, you are about to leave the operation area. Change course.

You'll be missed Tomcat. :( We all salute you. T-T

1
Tomcat171, we hope we meet again in the future. Here is my F-14D Super Tomcat handiwork in order to promote US Navy squadron Jolly Rogers & Tomcat171's cover photo. 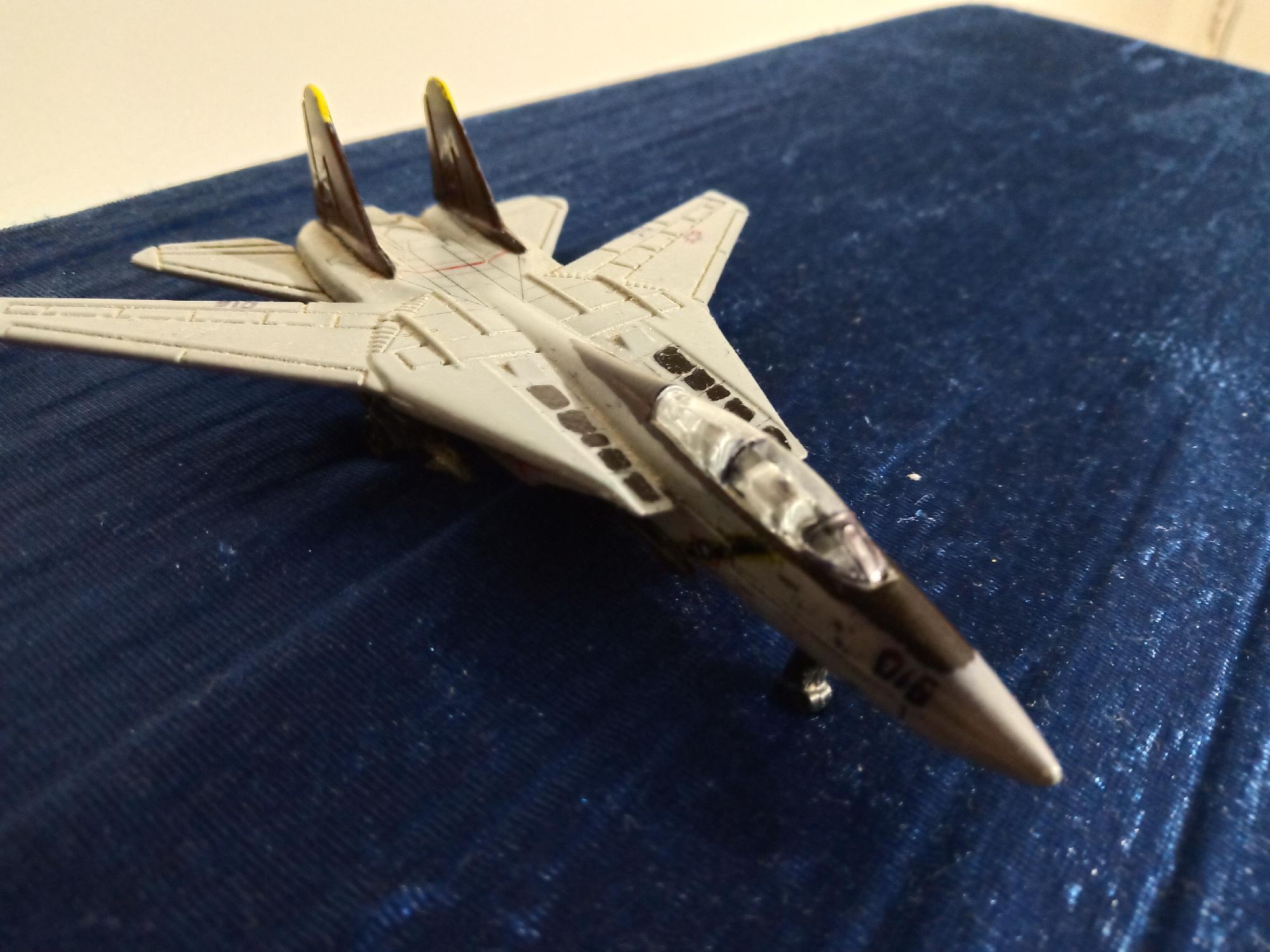 Tomcat171, any airplane leaving the operations area ll be shot down