In Ace Combat 2, Usean Rebel Forces deployed a limited number of Intruders during the Usean coup d'état, but they aircraft did not make an appearance in Ace Combat: Assault Horizon Legacy's depiction of the conflict.

The Intruder was used by both the Osean Maritime Defense Force and the Yuktobanian Air Force during the Circum-Pacific War. The aircraft played a heavy role during Yuktobania's initial offensive, with numerous Intruders being sent to sink the OFS Kestrel during the Bombing of St. Hewlett.

The A-6E was seen at a scrapyard prior to the Lighthouse War.

During the early days of the Aurelian War, the Leasath Air Force operated the Intruder, with a notable pilot named Ari.

During Operation Eternal Liberation, the Intruder was made available for UNF pilots.

"An all-weather carrier-based aircraft featuring highly refined electronic systems for its time. It was developed with the intent of allowing it to fly low into enemy territory and use a selection of weapons to strike a critical blow.. Its nickname is "Intruder". It has also had a variety of other nicknames originating from its large front and slender rear section, including "Tadpole" and "Dog Ship"."
― Hangar

This aircraft is available for research on the Aircraft Tree after purchasing the LASM New Propulsion System S part.

"A carrier-based attack aircraft, it excels at infiltrating enemy territory at low altitudes to strike its targets."
― Hangar 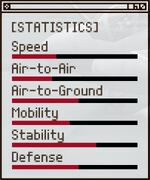 "A carrier-based attack aircraft, it excels at infiltrating enemy territory at low altitudes to strike its targets."
― Hangar 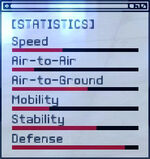 "Carrier-based attack aircraft known as the "Intruder." True to its name, this plane excels at infiltrating enemy territory at low altitudes to strike its targets."
― Hangar