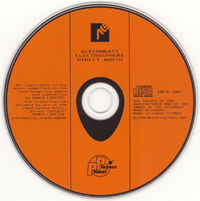 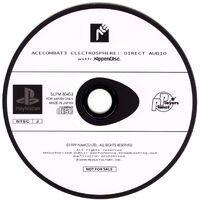 Ace Combat 3: Electrosphere Direct Audio with AppenDisc includes two discs (described below) and two small booklets. The booklets contain charts of the game's mission branches, including which tracks and cutscenes play in each mission. They also contain official artwork and some comments from those involved in the making of the soundtrack.[1]

Direct Audio, found on both discs, contains the full soundtrack from both versions of the game, tracks exclusively used in some promotional material, and some unused/unreleased tracks.

AppenDisc, found on Disc 2 only, contains the following extra features: