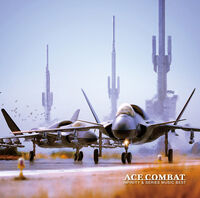 Ace Combat Infinity & Series Music Best is a compilation soundtrack released on September 30, 2014. Its two CDs are comprised of all of the remixes from Ace Combat Infinity, some other popular Ace Combat tracks, and a never-released track. The compilation is exclusive to Japan through the online retailer Ebten, and will not be officially available anywhere else.

The soundtrack also comes with an exclusive code (believed to only work on the Japanese PlayStation Store) that awards the player with the following items in Infinity: 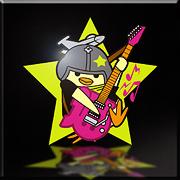 The emblem that comes with the exclusive code

Retrieved from "https://acecombat.fandom.com/wiki/Ace_Combat_Infinity_%26_Series_Music_Best?oldid=224240"
Community content is available under CC-BY-SA unless otherwise noted.