Ace Combat X introduced new mechanics such as tuning aircraft parts as well as the Multi-Purpose Gauge for mission objectives. The game also expanded on the ability to choose alternate missions in some prior games. Players can choose which missions they want to complete next, or skip some missions entirely. These decisions change what enemies the player will face.

Ace Combat X, like all other PSP games, could be converted to digital format in Japan for the PS Vita. As of 2016, this was no longer available. Players who already owned the digital version of Ace Combat X could still re-download it, but new players will not be able to acquire it. 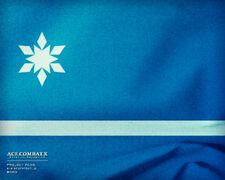 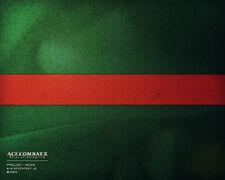 Aurelia is a peaceful nation located on the southern edge of the Osean Continent. Its mild climate and vast underground resources have kept Aurelia out of war and conflicts for many decades.

In the year 2020, Aurelia's northeastern neighbor Leasath, under the command of General Diego Gaspar Navarro invaded Aurelia, claiming it was retaliation for their supposed involvement in promoting civil war in Leasath. Aurelia, unprepared for the invasion, was nearly taken over in 10 days due to the power of Leasath's advanced super weapon, the airborne fortress, Gleipnir. The reason for the invasion was not what it appeared to be; it is later revealed that Navarro had an alternate motive for the invasion: to make millions in arms deals during the war and to create and sell an "ultimate weapon" known as, Fenrir.

Reduced to a single operating air base, Aubrey Air Force Base, the remnants of the Aurelian military banded together to strike back at the invading Leasath forces. At the forefront of this crusade is the last of the Aurelian Air Force, led by ace pilot Gryphus One who, as one of the last survivors of the Gryphus Squadron, bears the mark of The Southern Cross (Gryphus One is later refered to as "Nemesis" by Leasath soldiers). As Aurelia's last hope, Gryphus One must liberate his country and restore peace to the nation.

The player plays the role of the flight lead in Gryphus Squadron, of the Aurelian Air Force. Ace Combat X also includes a multiplayer mode, using wireless Ad Hoc for up to four players. There are two modes: Cooperative Mode, versus 2-6 A.I. controlled fighters, and a versus mode. The versus modes include Dogfight-Survival, Dog Fight-Shoot Out, Base Attack (attack/defend), Air Superiority (King of the Hill), Beacon Battle (Capture the Flag) and Escort Mission. The wingman command system is no longer available because of the limited number of buttons on PSP. It is one of the easiest games on PSP to pick up the controls but there are advanced controls for masters of the game and those who like a challenge on a game. After meeting certain game conditions, the player can choose 4 different paint schemes for each unlockable aircraft. Certain planes may be "tuned" for improved performance by unlocking and purchasing parts in Campaign Mode, examples of which include thrust-vectoring nozzles, advanced canards and higher-powered engines. The HUD is almost the same as the other Ace Combat games, except the player is allowed a visual of the target on the upper-left of the screen, and a Multi-Purpose Gauge on the upper-right. Medals are awarded by completing various objectives in Campaign Mode and Multiplayer.

Players gain money by destroying enemies, points being converted directly into credits. Once the mission objectives are complete, the player is awarded bonus money for performing above and beyond the requirements of the mission objectives. With special missions that require landing or refueling in mid-air, bonus money can be earned by completing said tasks quickly and accurately.

There are four levels of difficulty: Easy, Normal, Hard, and the unlockable Ace level. The difficulty mode affects how many enemies are in a stage, how smart/accurate the enemies are, how much damage the enemies can take, and how much damage the player's airplane can take. On the Ace difficulty level, a single missile from the enemy will deal approximately 95% damage to a standard-defense fighter (if not destroy it immediately), whereas on the easiest level it would deal about 20%.

Like some other Ace Combat games, the player can choose their own route through the campaign, which affects how the game progresses. There are 3 points where missions branch out into multiple paths, marking segments of the game; the longest campaign a player can undertake requires the completion of all 17 available missions, while the shortest amounts to a count of 10 (medals are awarded accordingly for meeting both of these conditions).

Most of the missions in the game are laid out as simply "search-and-destroy", where the player must engage a target and destroy it within a time limit; the only variations to this layout depend on whether the targets are air-to-air or air-to-ground. The variety of mission-altering factors include but are not limited to:

Two or more of these factors may be combined during certain missions.

The game has a notable amount of things recycled from Ace Combat 04, 5, and Zero. Namco likely did this to save time and show the PSP's early capabilities of PS2-like graphics.

Ace Combat X has an ad-hoc multiplayer mode that features competitive modes but no CO-OP missions to play. However, teams can be formed in most game modes. A maximum of four players can play in one lobby at any time but any open slots for missing players can be replaced with computer controlled aircraft, which the host can choose their side (Red or Blue) for the game as well as their skill level (Rookie, Normal, Veteran, Ace). In addition, there can be up to four CPUs that don't take up a player slot, for a total of a max possible roster of four players and four CPUs.

The A.I. player's aircraft can be chosen by the players on the corresponding sides to whatever they have unlocked (ex: Fenrir with SP color 2). The A.I. players will have infinite missiles (or no missiles if handicap is given) and can be customized to change it's homing capability like regular human players. A.I. players will not be able to use or select any SP weapons whatsoever. In game however, all A.I.'s will only attack human players and nothing else due to simple A.I. programming. Neutral units and SAMs will never attack an A.I. aircraft either. In any Battle Royal matches (Free for all), the host will not be able to have any A.I. players in the game due to their behavior to attack human players only rather than each other.

In addition, Ace Combat X features a large amount of customization to the multiplayer, with the host being able to customize map, time limit, amount of player lives, point limits/goals, base strength (in Base Assault), AI skill level, and more.

Dog Fight Survival - A Free-for-All (Battle Royale) or Team Battle mode in which each player has a limited amount of lives. The player and/or team that survives the game wins.

Base Assault - A team battle mode where a team attacks each other's bases. First, the players must attack the enemy base's shutters, then destroy the core of the base inside. The shutter will close again after a short time, and there are AI SAMs present. The team to destroy the enemy's base first wins.

Air Superiority - A free-for-all or team battle mode where the teams or individual players battle for control of the 'airspace' in a King-of-the-Hill style battle. The player with the most points when time runs out wins.

Beacon Battle - A team battle mode that focuses on two teams battling to capture each other's beacon in classic Capture the Flag gameplay. The flag carrier has reduced speed and mobility, and cannot use special weapons while carrying the flag. To capture the flag, the flag carrier must return to their own base. The team that captures the enemy flag wins.

Escort Mission - A large-scale battle between two teams. The two teams must focus on guiding their own AI forces, in the form of either progressively stronger ships (on the Ocean map) or progressively stronger vehicles (on the Desert map) into the enemy base, while preventing enemy AI forces from getting into their base. The team with the most points when time runs out or the first team to the specified amount of captures wins.

Multiplayer gameplay
Add a photo to this gallery

Ace Combat X features a large amount of aircraft despite the limitations of the PSP, having a total of 40 aircraft (29 real-life aircraft and 11 fictional or prototypes), surpassing Ace Combat Zero. The fictional ones can also be "tuned" to further modify their stats.

The flagship aircraft of the game is the F-22A Raptor. The super-fighter introduced in this game is the Fenrir, although a number of other fictional planes are featured in the game, including the XFA-27, the very first superfighter in the Ace Combat series whose only appearance until then was in Ace Combat 2.

Retrieved from "https://acecombat.fandom.com/wiki/Ace_Combat_X:_Skies_of_Deception?oldid=264168"
Community content is available under CC-BY-SA unless otherwise noted.