Air Combat 22 (エアーコンバット22, Eā Konbatto Ni-Ni) is an arcade game developed by Namco released in early 1995. It was built on the company's Namco Super System 22 arcade system board, hence the "22" in the title. Together with the prequel Air Combat, they were the predecessors to the Ace Combat series.

There are 4 modes available to choose at the start of the game: Novice (with and without instructions), Expert, and Dogfight mode. The player's callsign will depend on the chosen mode.

Unlike Air Combat, multiple enemy targets will appear at the same time, and the player will have to shoot them down within the time limit. Additional time is rewarded for each aircraft shot down, as well as completing refueling or landing sequences.

In Novice mode, the missions are fixed and the player aircraft has two guns instead of one.

In Expert mode, the mission branching depends on the time remaining after a stage is cleared.

In Dogfight mode, player has to destroy four enemy aircraft per stage, where they appear one at a time. The game is cleared when 32 stages are completed.

There are three playable aircraft to choose from:

Promotional image of the arcade game. 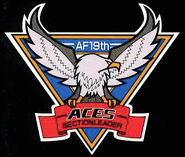 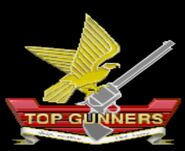 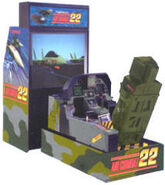 22nd Anniversary wallpaper for Ace Combat, which uses the same style as the Air Combat 22 logo
Add a photo to this gallery

Retrieved from "https://acecombat.fandom.com/wiki/Air_Combat_22?oldid=255919"
Community content is available under CC-BY-SA unless otherwise noted.