Air Power Directory was a special FRONT LINE issue published in September 20, 2007. It focused on the emblems of Erusea and ISAF.[1] Below is the site's English translation of the original text.[2]

During the previous "Continental War", military forces of all nations created insignia that became symbols of pride and valor. Although merely a piece of material, each badge tells a story and encompasses the history of all the men and women who wear it proudly. 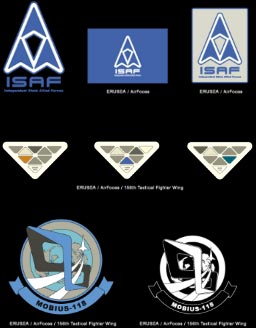 These are the official badges used by the ISAF AIRFORCE, NAVY and ARMY. The coloring of the badge designates which branch the wearer belongs to. 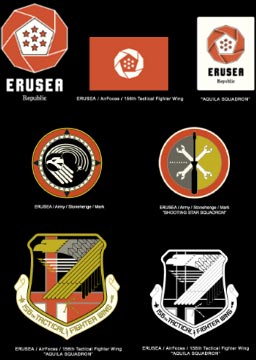 Various badges and insignia used by the Erusean forces. 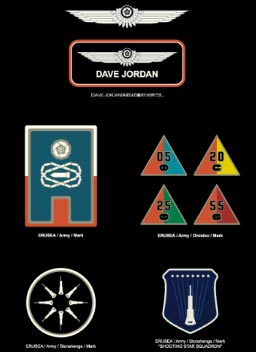 Nothing is known about this "Shooting Star" insignia.

Retrieved from "https://acecombat.fandom.com/wiki/Air_Power_Directory?oldid=242891"
Community content is available under CC-BY-SA unless otherwise noted.