Arkbird Declaration: Summit 2008 was a special magazine report published by GAZE on August 21, 2008. GAZE reporters were invited onto the Arkbird during the G7 Summit hosted on the spacecraft, and they wrote the following article discussing the Arkbird's history as well as the summit itself.

This report was posted on the Ace Combat 5: The Unsung War ACES WEB site prior to the game's release in 2004.[1] Below is a translation of the original Japanese text.[2]

Those who believe it all too innocent to brush aside everything with the words "legacy of the Cold War," and who know the origins of this vessel, may fear that its voyage will not go on in silent peace. However, the majestic form of white wings against the jet-black darkness we saw from the window of our commuting shuttle evokes within us a feeling beyond words. Humankind has built something transcendent. And with that, the curtain rises on the 2008 summit on Osea's gigantic high altitude spaceplane, the Arkbird.

President Harling of Osea, which this year became the chair country, has advocated the need for a meeting of national leaders in "a place transcending national borders" ever since his inauguration. A recent example was the attempt to hold an event in the waters of the perpetually neutral Republic of Wellow, but the port authority announced an attempted terrorist incident during the sherpa process. Though the process seemed to have come to a sudden halt, the truth of the matter was that the search for a borderless place had moved on. Certainly, it led to us coming together now, as we gaze down at the Earth which fills our conference room window.

The participating countries are Central Usea, Osea, Yuktobania, Verusa, Republic of Anea, Nordlands, and for the first time, a representative from the provisional autonomous government of Erusea, together forming the G7. Osea's intent with inviting Erusea, the most right-wing among its bloc of potential adversaries, was to resolve through international cooperation new risk factors caused by refugee problems and the resurgence of old Erusean remnants.

The relationship between the rival nations of Osea and Yuktobania - nations which split the world in two - has improved with their spirit of cooperation, even to the point of the far-reaching "Joint International Space Development" program, transcending the pessimism felt by many. Although Basset Space Center—construction site of the "Mass Driver" which launched us high above the ground—is located in Osean territory, it is the first facility jointly constructed by the Osean Aerospace Bureau and Yuktobanian National Space Agency. Osea's Mass Driver program, once a closely guarded state secret, has together with Yuktobanian engineers driven the pursuit of breakthrough technologies - a pursuit which has come to fruition.

This aggressive road to reconciliation Osea has taken is apt to be derided as domination in globalism's clothing, but one may be convinced of their sincerity in light of those parties left destitute by policies of conflict which continued until the war's end in '95. One must furthermore hold the skill of the Harling administration in high regard, not merely for resolving the chaos of postwar security issues left by the previous administration, but for promoting engagement and the pioneering spirit across the world, and for bringing leaders of each nation here into outer space.

The Path to the Spacecraft

One may ask why Osea chose to hold the summit on this vessel in the first place. Perhaps it's because it stands in relief to its singular early history.

The strongest point of contention between Osea and Yuktobania during the 80s in terms of policy was nuclear arms employment, and doctrine embodying "nuclear strategic concepts." With the military strength between the two powers remaining equivalent, mutually assured destruction developed as a counterbalance, resulting eventually in the Strategic Defense Initiative (SDI). This included improvements in the capabilities of ICBMs and other strategic weapons, simultaneously alongside early warning and reconnaissance satellites for strategic monitoring, as well as means of interception. There was also an effort to establish high-level platforms.

Along with improvements to ICBM range and distributed deployment of strategic missile silos by both nations, a new development came in the form of refinements to missile interception techniques. Multilayered intercontinental ballistic missile interception became possible with SBL (Satellite Based Lasers), orbital ASAT (Anti Satellite) energy weapons, etc., in addition to conventional surface to air missile-based air defense systems. In response to this, improvements to orbital maneuverability and multiple warheads were explored for intercontinental ballistic missiles, along with methods for avoiding detection by early warning satellites' IR sensors.

However, there was a possibility that Yuktobanian attacker submarines representing missile launch platforms were more stealthy and organized than to be intercepted by Osea's SBL. In response, the Bureau of Higher Research in the Department of Defense needed to come up with "Maneuverable Orbiting Spacecraft" in order to deploy it as a difference maker. This was about a ship afloat high above the sky orbiting the Earth without landing. The ship was going to be employed to detect and intercept the hostile missile launch with high-powered laser equipped with it. According to the plan, even if the missile launch site is far away from the ship's orbit, it is still capable of intercepting the missile by maneuvering itself with "atmospheric orbit change" and apprehending it within its engagement zone. The ship was designed to cope with any missile launch in any phase.

Far above us, a truly unthinkable arms race had unfolded. The Cold War ended without seeing the completion of a High-Atmosphere Mobile Spacecraft concept demonstrator, but at that very time, the arrival of the Ulysses asteroid was shaking the world.

In '96, the president of the FCU announced the period during which 1994XF04 Ulysses asteroid would collide with the Earth, and that the region most likely to suffer direct damage appeared to be the Usean continent and its surrounding area due to its estimated scope. The reason this gave even unaffected nations no cause for relief becomes clear when you consider what would happen when the asteroid's collision orbit passes through the Earth's Roche limit. To summarize, even if the scattered meteorites were intercepted by some means or another (in this case, the Stonehenge meteorite interceptor cannons constructed by an FCU initiative), most artificial satellites launched to this point would sustain major strikes from wide-ranging groups of micrometeorites, which were predicted to remain floating in satellite orbital paths into the future.

Naturally, both Osea and Yuktobania had intentions to assist the FCU in its attempt at an interception program, but it was difficult to say if sufficient assistance could be offered due to the human resources spent on postwar reconstruction as well as economic reasons relating to war reparations. So, to the regret of both nations, neither did anything and instead focused on the reshaping of their domestic affairs.

The "Ark" in the Wake of Stonehenge

The point at which the relationship between the two nations began to visibly improve starts, ironically, around the time of Ulysses' arrival at Earth in '99. The spell of strategic equilibrium theory having been broken, the two nations first began to take steps towards their common goals of reconstruction plans in a "post-Ulysses world," and the ever-vexing "micrometeorite removal." This task would fall to the "High-Atmosphere Mobile Spacecraft" once intended to glare down upon the Earth from the heavens.

A dome-shaped ABL (Airborne Laser) unit was planned to be mounted in the upper portion of the hull of the High-Atmosphere Mobile Spacecraft, as designed ahead of the construction of a demonstrator by Osea, but this was changed to a more powerful high output anti-meteorite laser built by Yuktobania. Fragmentation missiles were also installed in response to difficulties with eliminating radiation from the laser and the difficulty of changing orbit with so much mass. However, the ABL unit intended for installation in the lower portion of the hull became a candidate for elimination during talks between the two nations, and it was decided to amend the design. This made it impossible for the space plane to turn its cannon towards the ground, but the historic resolve of the two nations to convert this SDI weapon for peaceful purposes, along with the breakthrough technologies, has come to have a great influence on neighboring nations.

The High-Atmosphere Mobile Spacecraft Arkbird, which began operations as though to replace Usea's "Stonehenge" meteorite interceptor cannons lost during the Usean Continental War, has attained results beyond expectation. The area secured up to this point is equivalent to about 80% of area available for geosynchronous orbit. Furthermore, the possibility of gradually shifting the Arkbird's operations towards becoming new space platform with unrivaled potential is being tested. It will continue to deal with space debris scattered in orbit, but the plan is to utilize it as a foothold towards construction of a permanent space station by Osea and Yuktobania in the future. Central Usea and Verusa have already announced their participation, and it is expected to become a global megaproject in the future. This means a new era leading to an establishment of a world order, and we expect the mission of the "ark" on which we ride will continue untroubled - this mission to, as its name implies, bring us into a new world.

Representatives from every nation support the spirit of cooperation between Osea and Yuktobania, which has basically redrawn the global political landscape with the end of the Cold War. Further, dramatic trends towards democracy, economies based on market principles, and progress towards social justice are to accelerate after this meeting. As regards to disarmament and nuclear nonproliferation, the Comprehensive Test Ban Treaty (CTBT) is beginning to come into effect, with efforts to promote nuclear nonproliferation, including universalization, continuing. We are currently moving on to the Secondary Strategic Arms Reduction Treaty (START2), beginning with strides towards tackling the problem of surplus weapons-grade plutonium. Moreover, agreement to open the path towards a new partnership to share responsibilities for the refugee problems and other issues in Usea and its surrounding region, which suffered a historic natural disaster, has been reached. We conclude that we are entering an era where cooperation is replacing conflict.

This world belongs to all of us,
Let us all use it in peace.

A new journey towards the horizon is spreading before our eyes, and towards far-off space. 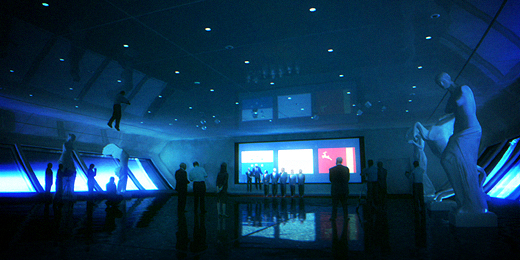 Retrieved from "https://acecombat.fandom.com/wiki/Arkbird_Declaration:_Summit_2008?oldid=229655"
Community content is available under CC-BY-SA unless otherwise noted.