Avalon Dam was a hydroelectric dam and missile silo from the Strangereal universe.

Avalon was constructed by the Belkan Federation during the Cold War in the 1980s as a missile silo for the V2 ballistic missile under the cover of a hydroelectric dam in Nord Belka's Mund Valley. It was divided in ten main sections housing 52 sluice gates, allowing it to contain 92 billion cubic meters of water. It was built to extract water from the mountains of Mund Valley, generating up to 2.1 kilowatts per minute. An airbase was built northwest from the dam to allow the arrival of aerial supplies.[1]

The facility, whose construction lasted for eight years and ended at some point after the 1988 federal law review, was advertised as a major civilian project, receiving technical assistance from abroad and obtained funding from international donations.[2] The Belkan government's refusal to disclose the exact goal of the "multi-purpose" silo sparked opposition through its entire construction. However, all defiance to the project ended with the public opening of the dam, which was hailed as a symbol to the Federation.[1]

After the end of the Belkan War in 1995, Anton Kupchenko and his A World With No Boundaries army took over Avalon as their main base of operations, along with the single V2 missile stored inside. The organization planned to launch the MIRV on New Year's Eve at various metropolitan centers around the world after the December coup d'etat in Belka, eliciting an emergency attack by the Osean Federation and Ustio. The missile launch was averted by Cipher, who destroyed its launch control systems and prevented Larry Foulke from remotely firing it using the ADFX-02 Morgan. By November 2005, the facility had been abandoned and flooded, never to be opened again.[3]

In the universe of Ace Combat Infinity, Avalon was a missile silo built in the 1990s after 1986VG1 Ulysses' impact with Polyphemus to intercept the incoming wave of fragments, serving an identical role to the Stonehenge Turret Network.[4] 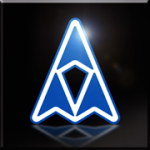 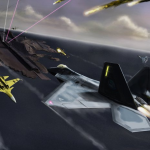 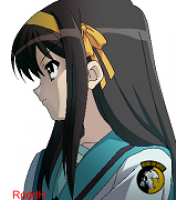