Banjô Ginga (銀河 万丈 Ginga Banjō) is a famed Japanese voice actor. Born in 1948 as Takashi Tanaka in the city of Kōfu, he soon became a househould name in the Japanese voice acting business. His most notable roles include Souther from Fist of the North Star and Major Zero and Revolver Ocelot from Metal Gear Solid. 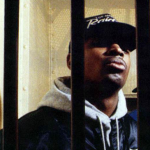