"Some people like to call us "pirates". I'd prefer they call us "privateers", at least."
― Goodfellow

The Bone Arrow Squadron (骨矢印飛行隊 Hone Yajirushi Hikō-tai) was an mercenary fighter squadron in the early 21st century. The squadron was formed under Arrows Air Defense and Security, a private military organization that operated in the wake of the Ulysses Disaster.

Following the creation of the USEA Federation, the United Nations Forces absorbed Arrows's private military units, including Bone Arrow Squadron, which would become one of the two main flights in Task Force 118.

"The resulting glut in available aircraft led to a new issue: A lack of pilots to control them. Hence why you now see mercenary groups cobbled together from drop-out pilots. ...Ahem. But I digress."
― Kvasir to Camilla[1]

After the 1986VG1 Ulysses struck in 1999, many countries reduced their military budgets in order to repair their infrastructures. Without countries like the United States of America deploying their forces worldwide, private military corporations expanded enormously.[1]

The success of Wernher and Noah Enterprises and the prevalence of their Advanced Automated Aviation Plants allowed for more PMC air squadrons, and air combat returned to global focus.[1] Arrows Air Defense and Security most likely formed around this time, creating the Bone Arrow Squadron in the process.

Over time, the United Nations—through the United Nations Forces—rebuilt their presence around the world, reducing the effectiveness of PMCs until Bone Arrow became the most popular mercenary air squadron. Viper, flight lead of the squadron at the time, was highly skilled and continued to work with Bone Arrow for many years, making a name for himself among other pilots. Bone Arrow came to be known as simply the "pirates".[2]

At some point, Goodfellow, squadron commander and Arrows representative, attempted to sign on a new pilot to the squadron as Bone Arrow 4. However, through some incident, the pilot was killed. Viper blames Goodfellow for "[pushing] him too hard."[3]

Fighting the Sons of Troia

"If he applies himself, I can see him becoming useful."
― Viper[3]

In 2019, following a training session at Arrows's main base in San Diego, Reaper officially joined the Bone Arrow Squadron, replacing the previous Bone Arrow 4. He joined Omega, a veteran Bone Arrow pilot, in a joint defense mission in Tokyo from an unidentified UAV attack.[2] Following this event, all four Bone Arrow pilots—Viper, Omega, Bronco, and Reaper—were assigned to investigate suspicious cargo in the West Indies. Viper took on Reaper as his wingman when combat broke out, and considered him to be "not bad, considering."[3]

In June 2019, the United Nations Forces requested Bone Arrow Squadron assist the UNF Ridgeback Squadron in a rescue mission for the Greymen. Goodfellow specifically orders the Bone Arrows to steal as many of Ridgeback's kills as possible to earn more money. During the mission, both squadrons were attacked by the nearby Stonehenge railgun network, forcing them to retreat.[4]

The UNF sanctioned an attack operation against Stonehenge, requesting again for Bone Arrow to join. Bone Arrow and Ridgeback opened a path for ground forces to fire artillery on the network, but the railguns fired at the ground forces, crippling them. Reaper, after being coaxed by Goodfellow and Viper, flew into the network and destroyed its ECM system, then destroyed all of the active railguns. Ridgeback Squadron got the credit, but the official record gave Bone Arrow the credit, and therefore the money for the destruction of the facility.[5]

Shortly after, the USEA Federation was formed, simultaneously invading Dubai and Tokyo. Bone Arrow joined Ridgeback and other UNF squadrons and ground forces in liberating Tokyo. Partway through the operation, an unidentified aircraft entered the airspace alongside an Aigaion-class heavy command cruiser. The aircraft shot down Slash, leader of the Ridgebacks, destabilizing the squadron and forcing its remaining members to fall into Bone Arrow's formation. Bone Arrow stepped up and attacked the aircraft's defensive UAVs and the aircraft itself, Reaper dealing the killing blow. They then attacked the Aigaion-class cruiser, Reaper once again striking the final blow.[6]

Following Tokyo's liberation, Bone Arrow and Ridgeback, alongside numerous mercenary air squadrons, reformed into the UNF Task Force 118. Their goal from then on was to eliminate the threat posed by the USEA Federation.[6]

Main article: Operation Eternal Liberation, or USEAn War
pencil
We've still got some work for you, too, so don't slack off now.
This article or section is a stub. You can help by expanding it. 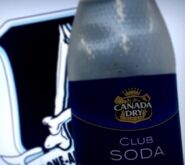 Retrieved from "https://acecombat.fandom.com/wiki/Bone_Arrow_Squadron?oldid=249793"
Community content is available under CC-BY-SA unless otherwise noted.