Camilla is a young human female with unknown origins. She is an integral part of the Papillon Project and its satellite, having lived inside of it for an unknown amount of time. The satellite's COFFIN software provides oxygen and life support for Camilla, and also allows her to remotely control QFA-44 Carmillas as well as MQ-90 Quox and MQ-90L drones.

Camilla is one of the main antagonists of Ace Combat Infinity, having directly killed Slash and repeatedly harassed Task Force 118 and the United Nations Forces. However, fans believe that she is not aware of this, as the satellite may be projecting her QFA-44s as a video game with no consequences, allowing her to take human lives with no remorse.

Nothing is known about Camilla prior to 2019. At some point, she was placed inside the Papillon satellite and hooked up to its life support systems powered by the COFFIN technology.

During Operation Gambit, Camilla controlled a QFA-44 at an extremely high altitude, too far for Omega or Reaper's radars to detect or for Goodfellow to identify. She also controlled some standard MQ-90s, using them to attack the UNF Pacific Fleet. During the attack, she hummed the theme song to Mappy, a 1983 arcade game by Namco. Her humming was mistaken for civilian radio noise by Omega.[1] All of the MQ-90s were shot down by Omega, Reaper, and JASDF 309, and her QFA-44 retreated from the area shortly thereafter.[2]

A few months later, Camilla directly attacked Bone Arrow Squadron and Ridgeback Squadron during Operation Override, armed with a QFA-44 and multiple MQ-90Ls. She repeatedly taunted the pilots and continued humming the Mappy theme, but all of the pilots were still oblivious to the fact that it was Camilla humming. During the battle, she managed to strike one of Slash's wings with one MQ-90L's laser, forcing him to eject. She then used the enhanced targeting system on the MQ-90Ls to kill him in mid-air. Eventually, all of her drones were shot down, and Reaper destroyed her QFA-44.[3]

Camilla made a surprise appearance against Task Force 118 during Operation Battle Axe. Omega questioned the seemingly-increased maneuverability of her QFA-44 and MQ-90'ss, since The Round Table was known for having poor communications. As the battle progressed, Goodfellow reported that he was detecting large amounts of data being sent from the QFA-44 towards somewhere remote, indicating that it may be an unmanned aircraft. Reaper eventually shot her down again, causing her to complain about losing "a life".[4] After questioning some prisoners, the United Nations Forces discovered the model of the aircraft they were up against, as well as the fact that its navigational data is handled by a low-orbit satellite network.[5]

Following this defeat, Kvasir contacted her and heard her humming once more, asking if something good happened. She reported that she found a decent opponent in Reaper. Kvasir assumed she must have been feeling cramped in the satellite, but Camilla reassured him, enjoying her front-row seat.[6] At this point, she began to prey on the mercenary forces attempting to save Moscow from USEA Federation control.[7][8]

She seems to be very childlike, showing a very optimistic, laidback demeanor. She views combat as a source of entertainment, possibly because she is in a satellite observing it while her drones do the actual fighting. She laughs and giggles cheerfully, and she also tends to hum tunes from "Mappy" and "Sky Kid" as a way of identifying herself among the protagonists. 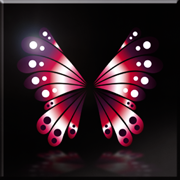 Papillon Project logo, displayed on her QFA-44s and the satellite housing her

Camilla's headphones
Add a photo to this gallery

Retrieved from "https://acecombat.fandom.com/wiki/Camilla?oldid=223913"
Community content is available under CC-BY-SA unless otherwise noted.