"You know, I like the crazy weapons of this era, the ones made by the South Belka Munitions Factory."
― North commenting on the Belkan War[1]

David North is an Osean Intelligence Agency (OIA) analyst who tracked the movements of the Alicorn during the Lighthouse War. He appears in the Ace Combat 7: Skies Unknown DLC missions, first appearing in "Unexpected Visitor".

In 2004, while North was attending college at the age of 15, he saw a video depicting the events of the Continental War playing in the cafeteria.[1] In 2010, he joined the OIA.[1]

At an unknown point in time, North began to track down and monitor the activities of the Alicorn. Even though it was publicly announced as missing on November 10, 2016, North knew about the transfer of the submarine and its crew to the Erusean Navy's reserve fleet on November 3, 2018. He also knew that the submarine and its captain, Matias Torres, don't operate under Erusean combat doctrine.[1]

On June 6, 2019, North watched a live Osean Broadcasting Corporation news report titled "3 WEEKS INTO THE LIGHTHOUSE WAR" while speaking with Alex. During the live broadcast, he witnessed Trigger infiltrate the air defense network surrounding the International Space Elevator during Operation Lighthouse Keeper and questioned whether the pilot was crazy.[1]

On September 4, North made contact with the Long Range Strategic Strike Group and participated in the briefing on Operation Sighthound.[2] 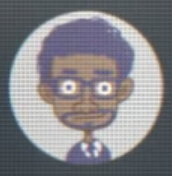 Radio portrait
Add a photo to this gallery

Retrieved from "https://acecombat.fandom.com/wiki/David_North?oldid=258053"
Community content is available under CC-BY-SA unless otherwise noted.