watch 02:43
The Loop (Games)
Do you like this video?
pencil
All right, gentlemen, it's time to clean house!
This article or section may require a cleanup to meet Acepedia's quality standards.

Delta Force (1st Special Forces Operational Detachment- Delta) are first featured in Ace Combat: Assault Horizon, where they are frequently portrayed as working alongside the 108th Task Force's Nomad Squadron. The unit is first introduced in mission 03, "Red Moon", where they undertake a rescue operation to rescue Major Illich, a Russian Air Force pilot held hostage by the SRN in a rebel hideout somewhere in East Africa.

1st Special Forces Operational Detachment-Delta (1st SFOD-D) is one of the United States' secretive Tier One counter-terrorism and Special Mission Units. Commonly known as Delta, or Delta Force, it was formed under the designation 1st SFOD-D, and is officially referred to by the Department of Defense as Combat Applications Group. This unit is an elite Special Operations Force, and an Army Compartmented Element of the Joint Special Operations Command. Delta Force, along with its Navy counterpart DEVGRU, are the United States' primary counter-terrorism units. 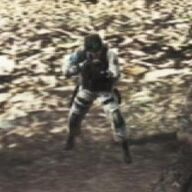 Delta Force soldier
Add a photo to this gallery

Retrieved from "https://acecombat.fandom.com/wiki/Delta_Force?oldid=223955"
Community content is available under CC-BY-SA unless otherwise noted.