"Damn the Phantom. I guess looks can be deceiving."
― PJ on Kellerman's skill with the F-4E[1]

Lieutenant Colonel Dietrich Kellerman (ディトリッヒ・ケラーマン)[2], alias Boss and the Silver Eagle, was a Belkan fighter pilot and a renowned member in the history of the Belkan Air Force.

Dietrich Kellerman was born in Belka in the mid-20th century.[3][4][note 1] Nothing else is known about his early years.

Kellerman joined the Belkan Air Force in 1973. At the time, Belka was embroiled in the Rectan Conflict, one of the many expansion conflicts that would lead to Belka becoming a federal state in the late 70s and 80s. Kellerman was sent to Recta immediately upon joining, as part of the "first version" of Silber Team.[2]

Recta's air force had fewer pilots than Belka's, but their pilots were more skilled, resulting in a stalemate in the conflict that was only broken upon Silber Team's arrival. Kellerman led a Silber unit over the Mainz Mountains, where Recta had been gaining ground. Kellerman and his wingmen took air superiority over the mountain range, opening the path for Belka's ground troops to further invade Rectan territory. Kellerman provided close air support for Belka's forces, and it is said that his skills were so sharp, he could sense the best course of action for a battle before it even started. His actions in Recta earned Kellerman the title of "Hero of Mainz".[2]

"What's important on the battlefield is to let go of hate, to survive, and to adhere to the rules you've set for yourself. These are the rules I've taught my students."
― Dietrich Kellerman[5]

In 1990, Kellerman chose to retire from the Belkan Air Force. At this point, Silber Team was considered to be in its "second version"; despite Kellerman no longer leading the squadron, his fellow pilots continued following his advice and teachings. Silber Team continued to have a high battle record against aggressor forces, which is attributed to Kellerman's influence on the squadron.[2]

With strong recommendations from Major General Heinreich Land, his former superior, Kellerman joined the Belkan Air Force Academy as an instructor for young trainees. His renown led to the Academy creating a special course called the 9th Academy Special Process, more commonly known as the "Kellerman Institution" (ケラーマン教室).[2] One well-known graduate of Kellerman's course was Michael Heimeroth, leader of the Ofnir Squadron.[6]

"This will be your final lesson."
― Kellerman to his students[1]

Following the outbreak of the Belkan War in 1995, the Allied Forces began a counter-offensive towards South Belka. To help bolster the falling morale of Belkan pilots, the Belkan Air Force forced Kellerman back into service as part of Silber Team. However, the majority of Silber's pilots had died or were too injured to fly; this led the Air Force to transfer Kellerman's students from his special academy course into a new, "third version" of Silber Team.[2]

On May 28 that year, Kellerman and four other members of Silber Team was dispatched to Area B7R during the Allied Forces' Operation Battle-Axe to help fellow Belkan forces in controlling the region; the Allied mercenaries, particularly Cipher of Galm Team, had eliminated a majority of Belkan forces already. Upon arrival, Kellerman ordered his pilots to stick close together and engage the Allied pilots with the rules he taught them. However, Cipher and his wingman, Larry Foulke, shot down all five pilots.[1] Rupert Appling (Silber 2)[7] and Kellerman himself were the only survivors. Burdened by grief over the loss of so many of his pupils, Kellerman permanently retired from the Belkan Air Force.[8]

Following the end of the Belkan War, Kellerman was arrested by the Allied Forces and tried as a war criminal, but he only received a light sentencing. Around the same time, Osea, who was trying to improve its own air force, offered him a squadron leader position. Kellerman declined the invitation.[2]

As of September 2005, Kellerman has settled down as a farmer in Birneheim, Belka.[5][8] 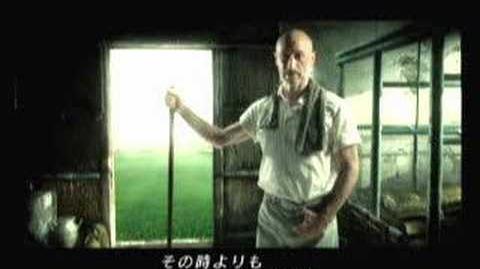 Retrieved from "https://acecombat.fandom.com/wiki/Dietrich_Kellerman?oldid=237410"
Community content is available under CC-BY-SA unless otherwise noted.