Easter eggs are intentional inside jokes or hidden messages scattered within various forms of media. The Ace Combat series contains a large number of Easter eggs within its games, typically referencing other Ace Combat games or Bandai Namco properties. 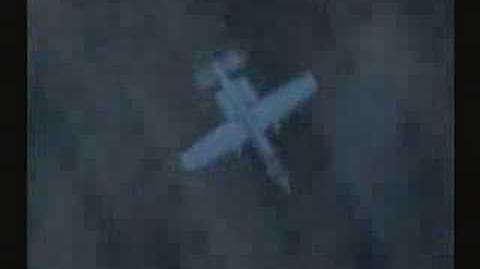 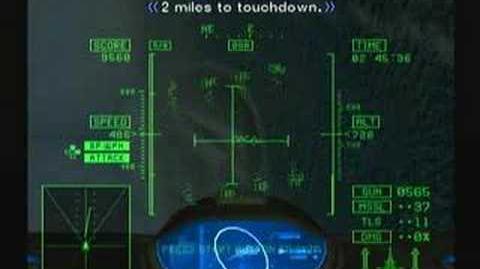 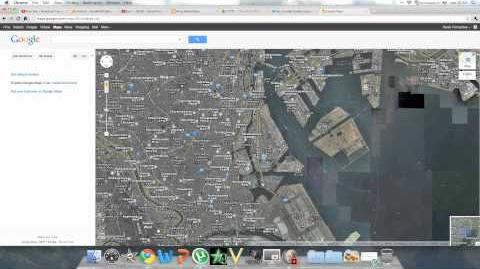 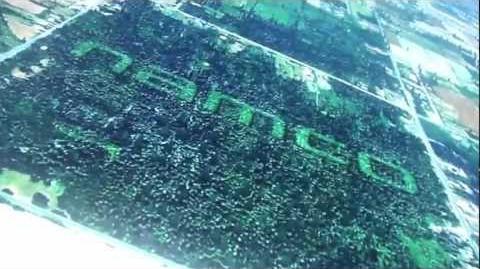 "Namco" written in the ground
Video demo of Namco plantation

The Pooka in Gracemeria Patrol

Sipli Field Snowman
Add a photo to this gallery 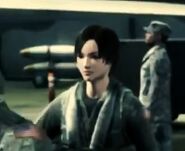 The Kei Nagase stand-in
Add a photo to this gallery

Other franchises have made references to Ace Combat through Easter eggs in their media as well.

The Ridge Racer series repeatedly makes references to Ace Combat. Many games feature vehicles with custom decals of groups and technology, such as the ISAF and the Arkbird.

In Tekken 6's scenario campaign mode, a number of CFA-44 Nosferatus can be seen parked in the G Security Service, Operations Headquarters stage.[2][3]

The Twilight Conflict stage in Tekken 7 features numerous aircraft from Ace Combat flying by: the Ka-50 Hokum, the T-50 PAK-FA (which is even carrying Trinity), and the CFA-44 Nosferatu.[4] The Arena in Tekken 7 also features a new General Resource Limited logo, previously only seen in Ace Combat 3: Electrosphere concept art.[5]

The old map of Strangereal is displayed as part of an advertisement for a dinosaur museum in Operation Métro, a DLC map in Battlefield 4.

In episode 1, a PS3-inspired game featured the title Base Combat with an aircraft resembling the MiG-29A Fulcrum on the foreground.

The G9 Eclipse strongly resembles the ADFX-01/02 Morgan and the X-02 Wyvern. Both planes feature similar designs from the Su-47 Berkut.

Advertisements for Ace Combat Infinity can be seen in the first scenes of episode 1 and 8 of the Sword Art Online II anime.[6][7]

Several songs from the Ace Combat series are playable in the game itself, such as "IN THE ZONE" from Joint Assault, "Night and Day" from Ace Combat 2, "Fighter's Honor (Flying Remix)" from Assault Horizon Legacy, "Comona" from Ace Combat 04: Shattered Skies, as well as Roca Roja from Ace Combat 7: Skies Unknown[8].

In addition, the ASF-X Shinden II also appears as a guest character in the PSVita game Taiko no Tatsujin V Version[9].

No Game No Life

In the light novel's eighth volume, the protagonist Sora describes a nation using nuclear weapons on their own territory to stop advancing enemy forces, referring to it as the "Belkan Defense".

Astro's Playroom is a PlayStation 5 launch title that features numerous Easter eggs to PlayStation games over the years. Near the beginning of the Electrocloud level in the Memory Meadow world (the world focused on the original PlayStation), the player can witness an Ace Combat Easter egg: a CFA-44 Nosferatu flying in circles while sporting Phoenix's livery from Air Combat, one of the original PlayStation's launch titles. The CFA-44 Nosferatu debuted in Ace Combat 6: Fires of Liberation, an Xbox exclusive, and had never been depicted in the Air Combat livery before.

Retrieved from "https://acecombat.fandom.com/wiki/Easter_egg?oldid=267269"
Community content is available under CC-BY-SA unless otherwise noted.