The Erusean Air and Space Administration[1] (EASA) was an Erusean aerospace agency in the Strangereal universe.

The organization had a critical role in the events of the Lighthouse War.[4]During the War, EASA was responsible for researching and deploying the UCAVs that were critical to Erusea's early success against the Osean-led IUN coalition. However, as the IUN stood firm, UCAV losses mounted, forcing the EASA to send test pilots into combat in order to collect data that could be used to develop new designs. Mihaly A. Shilage would lead Sol Squadron on these missions, and his skills and lethality caused Osean pilots to dub him "Mister X".

Unfortunately for Erusea, even the EASA's efforts could not prevent the nation's collapse. When Farbanti fell and global communications collapsed, Erusea's fall was mirrored in the EASA. Sol Squadron deserted to defend the breakaway nations of Shilage and Voslage while radical elements traveled to the International Space Elevator to continue fighting. When a rag-tag group of Oseans escorting refugees sought refuge at the Elevator, they subdued EASA personnel attempting the activate the UCAV factories that Erusea had taken over. Inspired by Rosa Cossette D'Elise, breakaway elements of the EASA moved to assist with the IUN/Erusean efforts to halt UCAV deployments. When the Elevator went back into Osean hands, EASA personnel remained along with the provisional Erusean government to help maintain the Elevator.

Sometime in the 2020s, the EASA suffered repeated financial difficulties, forcing the Erusean government to privatize the agency by issuing government bonds. The agency merged with a major airline corporation to form a joint company: Neucom Incorporated.[5][6][7] 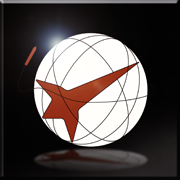 X-02 blueprints; note the EASA logo at the top-left
Add a photo to this gallery

Retrieved from "https://acecombat.fandom.com/wiki/Erusean_Air_and_Space_Administration?oldid=248278"
Community content is available under CC-BY-SA unless otherwise noted.