The F-4E Phantom II is a fighter aircraft developed by McDonnell Douglas. First flown in 1958, it is one of the aircraft most associated with the Vietnam War, as well as one of the most famous and recognized fighters jets in existence. Notable achievements related to the Phantom II are scoring the first and only recorded supersonic gun kill, and being the last American fighter to achieve ace status in the 20th century. It is also the only aircraft to be used by both the USAF's Thunderbirds and the US Navy's Blue Angels. The aircraft was retired in 1995; although the aircraft itself is quite outdated, it is still in use by several foreign nations today.

The F-4E is one of the two first aircraft available to the player in the original Air Combat, alongside the F-14A Tomcat. It costs $750,000. Performance-wise, it is a rather average aircraft, as it has low maneuverability and armor, but high power and stability. The Phantom II is only flown by wingman William. A second F-4 can be unlocked by completing Mission #4, Night Attack on a Coastal City. It is painted green, unlike the original, and has inferior performance.

The F-4E is the first aircraft made available to the the player in Ace Combat X. 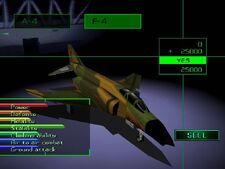 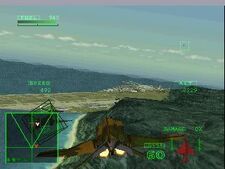 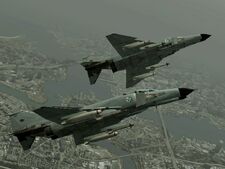 Two Phantoms over a city. 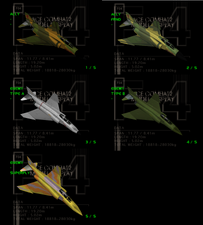 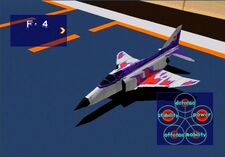 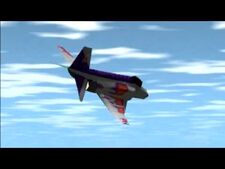 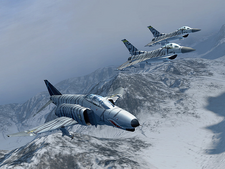 An Emmerian F-16C engaging an Estovakian F-4E
F4Dogfight.jpg
An F-4E Phantom II destroying a MiG-21bis.
100 1866.JPG
Color 3 of the F-4E in Ace Combat Assault Horizon
Add a photo to this gallery