For the complete version of this mission, see Special Mission.

Nemo
Game Show is an incomplete version of Special Mission hidden within the game data of Ace Combat 3: Electrosphere. Special Mission was originally released as a demo for Ace Combat 3, and Game Show contains some of its code, but other code like the mission complete trigger were not included.

Game Show can only be accessed through the GameShark code 800BF65C 0013.

The only TGT that appears in this mission is an F-16XA Sakerfalcon. There are some other non-TGT enemies, including two R-101s and a line of eight anti-air bunkers on the water. Eventually, Erich, Fiona, and Rena will arrive from the southeast, followed by a hostile - but non-TGT - R-201.

After five minutes, the mission is failed. There is no method to successfully complete it. 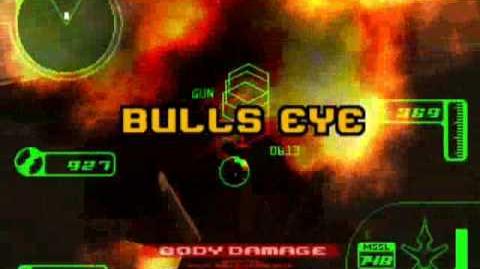 Retrieved from "https://acecombat.fandom.com/wiki/Game_Show?oldid=202461"
Community content is available under CC-BY-SA unless otherwise noted.