"There for you in everyday life . . . Ushering in a new era with you . . . Building a better future with you . . . We're out there every day, and with you today."
― General Resource promo reel prior to Awakening[3]

General Resource,[a] also known as General Group or GR Group,[1] is a multinational corporation based in Usea with enormous financial capital. The company has leading developments in many industries, particularly military technology. The company's headquarters on Earth is located in Port Edwards.[4] It also owns multiple subsidiaries, including GR Trading, GR Phonetech, GR Guardian Mercenaries, and GR Marine & Ships.[1]

General Resource, along with its rival competitor Neucom Incorporated, functions outside of the framework of nations. The company has territorial holdings across the Usean continent and has sold many aircraft designs to the Universal Peace Enforcement Organization's Special Armed Response Force.[5]

During a period of reconstruction following the Continental War, General Resource vessels carrying supplies were attacked by pirates. This led to the company creating GR Guardian Mercenaries in the 2010s, with the purpose of escorting the conglomerate's vessels.[1]

On December 20, GAZE reported that the Kingdom of Erusea purchased the Alicorn as scrap metal from Yuktobania via GR Trading,[6] a trading company owned by General Resource Limited.[1] GAZE also reported on the submarine being escorted by General Resource vessels during its delivery to Erusea.[7] By this time, all major ports in Usea were at least somewhat influenced by the company.[1]

By 2015, General Resource Limited began selling weapons to Estovakia. During the Emmeria-Estovakia War, General Group continued supplying the Estovakian military while they were occupying Emmerian territory.[8] On March 31, 2016, numerous General Resource Limited containers were being unloaded at Gracemeria's port when the Emmerian military commenced their operation to liberate the city.[9]

In 2019, the Mimic Squadron mercenary unit belonging to GR Guardian Mercenaries, the PMC company owned by General Resource Limited,[1] was hired by Osean Brigadier General Howard Clemens.[10] The squadron was tasked with assassinating Trigger and attempted to complete their contract during both Operation Sighthound[6] and Operation Domino. During the latter deployment, both members of Mimic were killed by Trigger.[10]

In the early 21st century, the global financial market continued developing capitalist principles, resulting in large corporate mergers and takeovers. In the process, prominent assets in many countries were consolidated into a single company, which became General Resource.[11] One example was the In-sa-net Telegraph and Telephone Communication, which General Resource bought out in 2024.[12]

Due to its massive influence, General Resource transcended the borders of nations. Laws became meaningless, since governments lacked the capability to regulate a company as large as General Resource, and lawmakers themselves supported General Resource and would not want to cross the company.[14]

General Resource created two private military forces: the General Resource Defense Force (GRDF) and the Air Strike Force (ASF), to take out perceived threats against General Resource.[16] The GRDF, in particular, acquired Abyssal Dision as one of their pilots.[5]

In 2026, a terrorist organization was discovered operating on the Usean continent. Due to Usea's governments losing their individual power, they called on General Resource for help. The GRDF successfully destroyed the terrorist forces.[17]

However, by the 2030s, General Resource's influence on Usea grew to the point where some countries saw the company as a threat. General Resource continued using the ASF to enforce its massive power. In 2032, an alliance of countries created the United Air Defense, an international squadron whose aim was to weaken General Resource and destroy the ASF. After fierce fighting, the ASF was destroyed and General Resource's hold on Usea considerably weakened.[17]

Main article: Darkness of Enigma, or X-49 Night Raven
pencil
We've still got some work for you, too, so don't slack off now.
This article or section is a stub. You can help by expanding it.

General Resources was not the only mega-corporation on the Usean Continent. Neucom Incorporated had existed for several years and had acquired numerous Usean industries, such as the Erusean Air and Space Administration, and even had its own space center in the Comona Islands. It was active in many of the same fields as General Resources as a competitor.

After the Darkness of Enigma project was canceled, numerous General Resources scientists defected to Neucom.

In 2040, the first of many miscommunications between General Resource and Neucom had taken place. Afterwards, Neucom had said that it was a General Resource attempt to control Neucom growth and threatened General Resource. This was known as the Faith Park Dispute. The Neo-United Nations stepped in and talks were held. The conflict was settled immediately after this, with each group being assigned areas in which they are allowed to operate in, on the Usean Continent.

Weeks later, Neucom Inc had began to expand it's business into General Resource territory despite their agreements. Now General Resource was asking for the Neo-United Nations (NUN) to step in. As the NUN talked to Neucom Officials General Resource dispatched it's GRDF to patrol around and over the new Neucom Facilities at all times. Tension was building and Neucom soon began to plan to form its own 'Response Team' to match the GRDF.

The NUN calls in the Universal Peace Enforcement Organization (UPEO) to reinforce all Neo-United Nations sanctions on the continent. However, as they arrive Neucom begins to vector Transport Flights directly over cities in General Resource territory escorted by Neucom's own Fighter Aircraft. Finally shots are fired. A SARF Unit is launched from Expo City Air Base and they intercept a large Neucom Transport group. The following aerial battle resulted in Expo City, the second largest city on the continent, taking much damage from aircraft which were shot down and crashed into the city or bullets and missiles which had missed their targets.

The Neo-United Nations then put even harsher restrictions on each company because of this and established no fly zones around every major city on the continent. Unfortunately, this did not change anything. 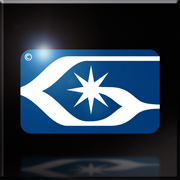 Logo in Ace Combat Infinity
Add a photo to this gallery

Retrieved from "https://acecombat.fandom.com/wiki/General_Resource_Limited?oldid=267073"
Community content is available under CC-BY-SA unless otherwise noted.