"The darkness surrounds me in a borderless world, a world with no boundaries."
― Joshua "Lucan" Bristow

Captain Joshua "Lucan" Bristow (ジョシュアブリストウ Joshua Burisutou) was an ace pilot of the Osean Air Defense Force during the Belkan War of 1995. He was the flight lead of Wizard Squadron and was very renowned among the Allied Forces, until his squadron's defection to A World With No Boundaries sometime in June 1995. He is rumored to be one of the founders of the organization.

Joshua was born in the Osean capital of Oured in 1959, and grew up to enlist in the Osean Air Force in 1983. An avid reader and fan of literature, he ascended to the rank of captain and assumed as the leader of the Wizard Squadron after its formation in 1990.[1]

Belkan War and A World With No Boundaries

Joshua became a top ace of the Allied Forces during the Belkan War, and became a star of Belkan Priority One Strategic Airspace B7R, popularly nicknamed "The Round Table". He participated in Operation Battle-Axe in late May 1995, fighting alongside the legendary Galm Team during one of the largest air engagements of the war.

Following the Seven Pillars, Joshua contacted Larry "Pixy" Foulke, number 2 of Galm Team, and convinced him to come with him. Foulke left the airspace after firing on his flight lead and left to join Bristow's new organization, A World With No Boundaries, formed alongside his like-minded aces Anton Kupchenko and Anthony Palmer.

Later, in December 1995, AWWNB staged a military coup d'etat, seizing the Avalon Dam missile launch facility, an experimental V2 MIRV warhead, the XB-0 Hresvelgr heavy command cruiser, and the prototype ADFX-01 Morgan from the Belkan army. By this time, Bristow upgraded his F/A-18C Hornet to a new YF-23 Black Widow II. As the Allied Forces attempted to quell the coup, the AWWNB staff at Avalon began to prepare the launch of the V2. On December 31st, Bristow engaged Galm Team over Area B7R, attempting to stop them from reaching Avalon. Despite Wizard Team's efforts, the entire squadron was shot down, including Bristow.

After the collapse of A World With No Boundaries' coup, Bristow returned to Osea to involve himself with underground terrorist movements in an attempt to resurrect his former organization. In 1999, he was arrested by Osean authorities after his followers released incriminating information on him, and was sentenced to an undetermined term at the Land Ford federal prison.[1] In November 11 of 2005, he was interviewed by Brett Thompson of the Osean Broadcasting Corporation as part of the documentary "Warriors and the Belkan War". 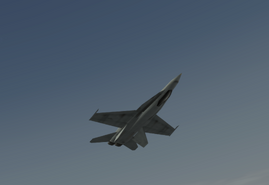 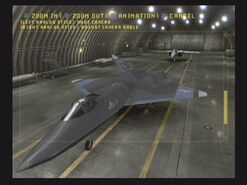 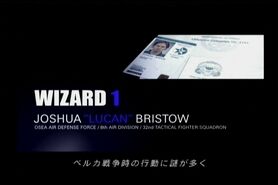 Bristow's interview introduction
Add a photo to this gallery

Retrieved from "https://acecombat.fandom.com/wiki/Joshua_Bristow?oldid=261258"
Community content is available under CC-BY-SA unless otherwise noted.