The Launch Commemoration Pack was a pack of downloadable content for Ace Combat Infinity. The pack was included automatically for free upon purchasing Infinity within its first month of release, and included two emblems and two nicknames.

The pack included the following: 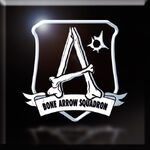 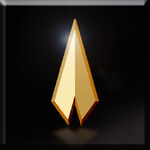 Retrieved from "https://acecombat.fandom.com/wiki/Launch_Commemoration_Pack?oldid=224257"
Community content is available under CC-BY-SA unless otherwise noted.