The MiG-1.44 Flatpack is an experimental multirole aircraft built by Mikoyan. It has appeared sporadically in Ace Combat games, most recently in Ace Combat: Assault Horizon Legacy + and Ace Combat Infinity.

MiG-1.44s had seen use in a number of conflicts, starting with the Usean Continental War, where it was operated by the Usean Rebel Forces. A notable pilot was one of their aces, Gold Bird.

MiG-1.44s were also used during the Circum-Pacific War. Only two known units used the aircraft, one by OADF pilot Allen C. Hamilton and the other by BAF ace pilot Replicator.

MiG-1.44s were used during the closing stages of the Aurelian War. One of them belonged to the Leasathian ace Lancer.

During the Valahia Crisis, only one known pilot used the aircraft. This was Varcolac Squadron leader Milosz Sulejmani.

MiG-1.44s were available for use by UNF pilots during Operation Eternal Liberation.

"A proof of concept aircraft for the 5th generation fighter, developed for the Soviet Union Air Force.
Developed as a demonstrator for the MFI Plan and conceived to counter the American ATF Plan, it was selected as a likely candidate for production.
The delta wing with its canards and the secondary propulsion directional control nozzles provide excellent speed and turning performance, creating a multirole with a slight bias for air-to-air combat.
It's[sic] NATO codename is "Flatpack"."
― Hangar

The MiG-1.44 is available through the Aircraft Tree. 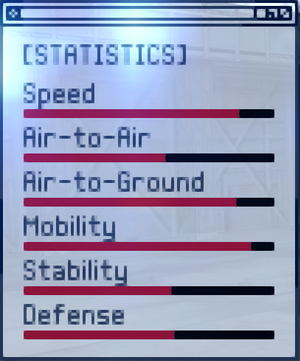 MiG-1.44 cockpit
Add a photo to this gallery 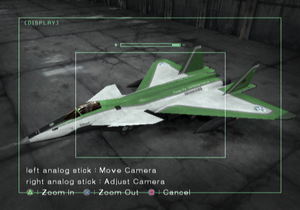 Retrieved from "https://acecombat.fandom.com/wiki/MiG-1.44_Flatpack?oldid=154096"
Community content is available under CC-BY-SA unless otherwise noted.