Acepedia
Register
Don't have an account?
Sign In
Advertisement
in: Articles marked for cleanup, Aircraft, Stubs,
and 5 more
English

View source
watch 02:40
World of Warcraft: Dragonflight - The Loop
Do you like this video?
Play Sound
pencil
All right, gentlemen, it's time to clean house!
This article or section may require a cleanup to meet Acepedia's quality standards.

Ace Combat 3: Electrosphere
The MiG-33 Fulcrum SS is a fictional variant of the MiG-29A Fulcrum. It is a basic frontline fighter operated by the Universal Peace Enforcement Organization.

Like with other UPEO craft, this aircraft is an older model that has been slightly modernized to fit with the current standards; it possesses a COFFIN-equipped cockpit. Like with the EF2000E Typhoon II, it is likely that these aircraft's development is overseen by UPEO itself.

This aircraft makes an appearance in the Intercorporate War, albeit a fairly minor one. This aircraft was fielded by UPEO in the beginning of the war, but as time went on and the opposition gained more developed technology, this aircraft would be put to the sidelines in favor of more advanced craft to combat the threat.

"An upgraded and redesigned plane using the MiG-29 as a basis. By fixing issues with turning, it is able to move more smoothly in the air. It is superior to the EF2000E in air-to-air fights. However, too much focus was given on its turning ability and its performance is lacking in other areas. Its defense is particularly poor."
― Ace Combat 3: Electrosphere - Namco Official Guide Book 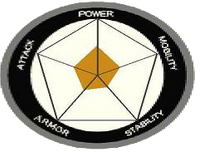