The military corps' headquarters made a decision to use the Mercenary USEAN Allied Forces 37th Air Force 18th Fighter Wing 1st Special Tactical Fighter Squadron "Scarface". which consisted Scarface One and some other pilots. They were given the job of suppressing the coup d'état that broke out in the military when the country's leaders had to leave for diplomatic reasons. Scarface One received all-out support from the military corps, full cooperation through their intelligence division and military supplies. He, along with his squadron, had completed many battles against the coup d'état, including the destruction of a submarine launching cruise missiles. He had also fought as a mercenary before against another coup d'état, in the small Republic of Kaluga, where he had also saved that country from the coup d'état.

"Tower, this is Scarface One, on final approach, guide me in!" When landing. Scarface one ball guide me in.

"auto pilot off". "SCARFACE ONE roger thank you for your guidence"

Scarface One taking off. 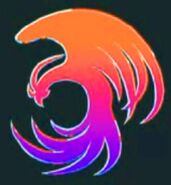 Scarface Emblem 1995
Add a photo to this gallery