Louis Barbieri
At least 23 others

"I hereby swear that I will be a proud, brave and vigilant soldier. To uphold the honor of our nation and its military. To submit to the orders of my superiors."
― The mantra repeated by SACS pilots[1]

SACS, also known as the Alicorn Squadron, was the Erusean Navy air group from the submarine Alicorn, which saw deployment near the end of Operation Sighthound and during Operation Fisherman. The squadron launched via an aircraft deck on the top of the submarine's hull. The tail of SACS aircraft bore a design of an alicorn.

In line with the radical ideology of their captain, Matias Torres, SACS seemed to display a fanatical devotion to their cause. A flight launched purely as a distraction did so willingly and shouted "salvation" just before their aircraft exploded.

"They're ready to take off, sir. They're prepared to sacrifice their lives to carry the cargo."
― Alicorn Command Duty Officer[1]

At the climax of Operation Sighthound, Torres announced that both he and the Alicorn were no longer under Erusean authority. After launching the submarine and destroying an OMDF fleet led by the OFS Puffin, Torres launched a flight from the SACS unit, diverting the attention of Osea's fighter squadrons away from the Alicorn as it submerged. One of the SACS aircraft carried a cruise missile armed with a WMD. Trigger pursued the flight and shot the plane down before it could leave the area of operation and carry out the flight's mission.[1]

The remaining aircraft of the squadron would launch days later on September 14, when the Osean Navy tried to trap the submarine in the Spring Sea. Initially operating as interceptors alongside the Alicorn's detachment of SLUAVs, SACS engaged Specter Squadron in an attempt to shoot down their fleet of P-1 patrol aircraft to cover the submarine's escape, but this attempt failed when the LRSSG successfully defended Specter. After the Alicorn was forced to surface, the remaining aircraft of SACS were launched from the submarine, once again alongside SLUAVs, this time as a distraction to try to prevent the LRSSG from destroying the Alicorn. Ultimately, SACS failed to prevent the LRSSG from destroying the submarine, resulting in the loss of all on board.[2]

SACS being pursued by Trigger

SACS on the Alicorn's runway 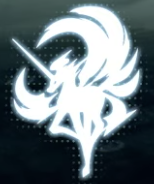 Retrieved from "https://acecombat.fandom.com/wiki/SACS?oldid=261517"
Community content is available under CC-BY-SA unless otherwise noted.