This, alongside Eugene Solano's Memoirs, confirmed that Standoff in the Skies II and Ice Bound were the canon mission variants during the Aurelian War.

"The launchers of the SWBM have all been destroyed!" "Low power, altitude cannot be maintained!" "The sixth engine has ignited!"

A yell echoed inside of the bridge. At the same time as a fierce explosion, the giant Gleipnir vibrated violently. "The Nemesis ..." The words of Gleipnir Captain Frank Burlington, who muttered quietly, did not reach anyone's ear.

Burlington became a soldier to help the citizens of Leasath. An unstable situation has continued since the time of the long civil war of Leasath. Now that the civil war is over, if we can overcome the battle with Aurelia, it can bring a more decent life to the people of Leasath. However, the possibility of achieving that conviction was destroyed by a tiny aircraft. The Nemesis, an aircraft with the Southern Cross and the Gryphus emblem.

Neither optical camouflage nor SWBM had any effect on him. The Gleipnir ... by yourself, you can not beat him. I could no longer look away from that fact. However, I can not afford to end this way. With frustration, Burlington put his determination into words.

"HQ, I regret to inform we will not be able to complete the mission. It's time the Southern Cross saw the true power of Leasath! Prepare the Shock Cannon!"

Destroying Santa Elva using the Gleipnir's Shock Cannon... Attacking the general public ... attacking non-combatants. That's why our name will be sullied for future generations. I was entrusted with the hope of Leasath, Commander Navarro's Gleipnir.

That week, a week before Aurelia's invasion was notified to the entire army. Burlington, who was called to Navarro, was at the opening of the war. "Don't you want to save this country?" Burlington was overwhelmed by the word that confirmed his desire. Navarro's powerful voice dominated the rigid Burlington's consciousness. "To do that, we need to recover what has been robbed from us by Aurelia."

“Aurelia is exploiting Leasath, taking advantage of our civil war. To restore Leasath, you have to get back at them for this.”

Burlington did not believe the words that had been rumored since the end of the Civil War. "I thought that Aurelia was a friendly country." However, the rumor was coming out of the mouth of the hero Navarro who ended the Civil War. Commander Navarro vowed to avenge Aurelia, to himself, and to the Captain of the Gleipnir. I was inaugurated as Captain of the Gleipnir. To live up to that expectation, and to take back what Aurelia took away I have to let him know that the lives of civilians in filthy Aurelia are beneath me. But his own honor is far from the hindrance of this action.

Gleipnir began to fly to Santa Elva. "The distance between the city and the Gleipnir is about 10 miles!" The radio intercepted the voice of an Aurelian radio officer. Nemesis flew in from the front after attacking the Leasath support aircraft. Missiles were fired at the Shock Cannon, and those in the ship felt the explosion and the ship shake violently.

However, it was not fatal damage, and Nemesis avoided a collision with the Gleipnir. His course changed, and all of the escort aircraft were heading for Nemesis. "They will buy us time! Stay your course!" Burlington shouted. The city of Santa Elva projected on the screen grew in size. The countdown of Aurelian soldiers who were heard from the radio turned into a horrified gasp. "Two miles! One mile ...! No way ...! " 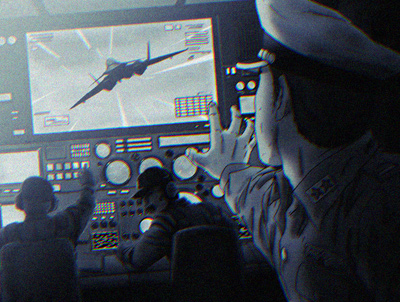 At that time, an explosion shook the Gleipnir. ... When I realized I was in awe - the support aircraft had disappeared from the air. The alert display starts blinking on the screen. The Shock Cannon was disabled. "No way ..." Burlington's eyes were nailed to the screen.

Gryphus's emblem, which made the last attack on the cannon, grinned at us. Its pilot mocked the huge airborne fortress Gleipnir - It was Nemesis. 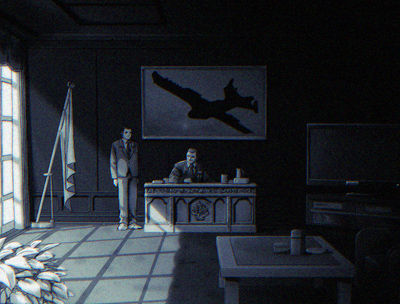 "Call up the on-hold Alect Squadron in our home country!" After hearing a report from a close aide, the Leasath military commander Diego Navarro came to his senses. That's what he said. In the end, he said, it's all a matter of time before the end of our occupation. This is a very lucrative game. The fall of Gleipnir was unexpected, but we have to go forward regardless. I must. The flow of resources from the south of Aurelia was cut off, but such a thing is secondary to my plan. It's won't happen. From now on, our goal will be to do business with the whole world. I was honestly angry, but I had a stronger sense of expectation for the future from now on.

Shouldn't we thank the pilot Nemesis? If Gleipnir was attacking Santa Elva, that paints a bad picture in the eyes of the public. It was about to end. He prevented it. "My regret is that there are few good soldiers in Leasath." An accompaniment voiced a voice of consent to the words that came out.

Without waiting, the figures of the Alect Squadron, a group of elite pilots appeared on the screen. Let's prepare to put them in consideration of all the possibilities. Navarro opened his mouth openly to them. He said, "I hope to save Leasath, heroes who put an end to the civil war." While fully understanding what effects leaves have on them.

"Don't you want to fight with a pilot called Nemesis?" Yes... It's easy to make the other person feel that way. Stimulate their desires. Yes. The pilots on the screen brightened their faces so clearly. That's the same face a soldier assigned as captain of the Gleipnir had.

Retrieved from "https://acecombat.fandom.com/wiki/Standoff_in_the_Skies_II:_Leasath_Side?oldid=250397"
Community content is available under CC-BY-SA unless otherwise noted.