is a special version of the T-50 PAK-FA featuring a unique livery based on Andrei Markov. It was featured as a downloadable aircraft skin in Ace Combat: Assault Horizon and as a Special Aircraft in Ace Combat Infinity. 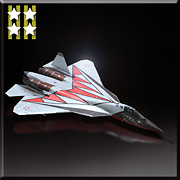 "A special version of the T-50 which resembles the aircraft flown by a mercenary known as "Akula".
Turning performance has been further improved and it is equipped with MPBMs, resulting in a highly maneuverable fighter capable of inflicting major damage to its enemies.
The pilot of this aircraft received a hero's medal while he was enlisted in the Russian Air Force, but he gave up his country for revenge.
People who have seen the Sharkmouth flying in the sky have been said to have sensed a feeling of madness."
― Hangar

The aircraft was only available as a reward in "The Russian Shark" Team Deathmatch Naval Fleet Assault Ranking Tournament in late April 2015.

Nickname
Upgrading this aircraft to Level 20 unlocked the Former Hero nickname for use at any time. 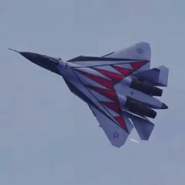 "PAK-FA "Akula" is an aircraft skin based on an Ace pilot from the rebel forces. Like a shark hunting its prey, this aircraft is capable of making quick, sharp turns."
― PSN/Xbox store description

Compared to the standard PAK-FA, using the Akula skin will increase mobility, especially in sharp turns.

Retrieved from "https://acecombat.fandom.com/wiki/T-50_-Akula-?oldid=224578"
Community content is available under CC-BY-SA unless otherwise noted.