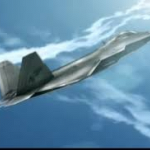 I'm just your regular guy. Nothing special. about me except that I love video games ever since I got my first gameboy when I was 5. I personally like military aviation and would like to join the Air Force

Ace Combat X (First AC that started it all) Still playing
Grand Theft Auto : Vice City (Fun but gets old easily) Not really playing
Battlefield 2 : Modern Combat (not the 360 version, the original. It was fun) Play sometimes
Burnout 3 Takedown (Better than Paradise in my opinion) Still playing
Metal Gear Solid Peace Walker PSP (Fuck that cutscene, still cannot get past it) Still playing
Call of Duty Modern Warfare 3 (K/D's shit but I dont care, its fun) Still Playing
Battlefield 1942 (Shame the servers are offline) Stopped playing
Battlefield Vietnam (Would be more fun I could play online) Stopped playing
Brothers In Arms : Road to Hill 30 (Fun game, liked the visuals and authenticity) Play Sometimes
Brothers in Arms : Earned in Blood (Same as Hill 30 but felt a little vague and harder, especially the last few missions) Play sometimes
Grand Theft Auto : Liberty City Stories PSP (Fun to play when I get bored on the train, chore to play through though) Still playing
War Thunder (Very fun game to play, like a discount Infinity) Still playing
Ace Combat Assault Horizon (Say what you want about this game, I like it because its badasss and is different from the other AC games) Still playing
Ace Combat Joint Assault (Not too bad of a AC game but rather play X more) Still playing
Battlefield 3 (Yes I got both BF3 and MW3 but both are fun, got Aftermath,Amoured Kill and End Game. No Need for 4 or Hardline since this is already chaotic enough on PC) Still Playing
World Of Tanks (Play it most of the time at the LAN. Fun ) Still Playing
Halo 2 (One of the first games I ever played. Still great up till now)  Still Playing

Retrieved from "https://acecombat.fandom.com/wiki/User:118_BlazerAaron99?oldid=158185"
Community content is available under CC-BY-SA unless otherwise noted.