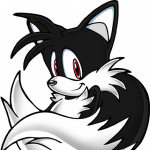 I'm a bit of an Ace Combat veteran myself, even owning the very first game with graphics resembling a thesis project from ITT tech. Of course, I'm well rounded with other forms of pop culture, and I'm more independent from the fanbases I'm involved with, prefering to make my own path rather than join the colony that was formed.

Basically, I'm a sort of multi-type gamer, except I don't play fighting, JRPG, or survival horror. Ace Combat's one of those types I play, stating the obvious. I specialize in the "niche" role of wiki user, writing articles nobody's willing to do, and I also make repairs based on any grammatical or trivia errors. As stated earlier, I've been playing Ace Combat right down to the PS1 title, so I know about this series better than the average fan. That's all I can say, though I am willing to play through a game until I get either tired of it or unlocked everything I could.

Favorite Ace Combat title(s): 4 (best in the series to me), Zero (old save bonuses are a plus in my book)

Neutral towards: Assault Horizon (the game has potential but it's not bad), 1 (yes it's the first, but still), 6 (massive battles and allies system gets pasted by cheating AI and idiotic medals), Sky Crawlers: Innocent Aces (the only Wii Ace Combat, but the game is spotty in some areas)

Least favorite: 5 (sacrifices gameplay and beta testing in favor of storytelling), 3 (the ugly duckling of the series to me)

Retrieved from "https://acecombat.fandom.com/wiki/User:BlackArmorTails?oldid=87030"
Community content is available under CC-BY-SA unless otherwise noted.