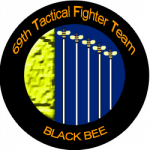 Welcome to my profile, brothers. I'm the man behind the usernames of Black Bee One, Snowflake_NFAD, etc.

Born as an Indonesian. Confident in English language. A student with a wide range of experience in both academy and gaming. I can be found in Yogyakarta, Indonesia. I'm currently active as one of the few skin modders for Ace Combat: Assault Horizon in the PC version.

I started with THE iDOLM@STER DLC seen in Ace Combat 6. I was wondering what is THE iDOLM@STER. I decided to research and found that the series already has an anime. After finishing the anime, I decided to join the fandom, living in two worlds. Soon after that, I discovered a potential rival to iDOLM@STER's fame : Love Live! School Idol Project. Same as the first experience, I decided to research in deep. I found out that both are good in their own ways. Although the fans of THE iDOLM@STER seem to think that the other is inferior. It's expected since iM@S came earlier. But still, it makes the fans look like a-holes. I live in three conflicting worlds that don't seem to accept each other. Ace Combat with the elitist military fans that can't accept "invasion" from iDOLM@STER that happens to belong to Bandai Namco as well. THE iDOLM@STER world and the "we came first, we are better" types of fans against Love Live!

I seem to have a tendency to live in conflicting fandoms. It's almost fun watching the pointless wars.

I do skin mods mainly for 4 games : HAWX, HAWX 2, Vector Thrust, and Ace Combat Assault Horizon. Modding for the first three are quite easy since it can be done without requiring a special tool aside from the Photoshop used to edit the skins. ACAH on the other hand, requires a tool called Texmod. Other than that, the modding activities are mostly the same, done in Photoshop. I continue to improve my work results with new tricks I discover in Photoshop.

Retrieved from "https://acecombat.fandom.com/wiki/User:Black_Bee_One?oldid=198677"
Community content is available under CC-BY-SA unless otherwise noted.