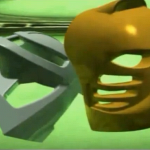 Hello there. I really do hate that I am probably "bringing back bad times", but as it stands, I have to say one final message to you. I am sorry. I am sorry for being foolish, and for taking so long to apologize to you. I write now because I am leaving wiki's for good. Not rage quitting or anything, I just have no time. The reason why I write this here is because it is something I should have done a long time ago. I am no longer a troll, or a vandal, as I looked like before. It's satisfying to write this now, I feel much better knwoing I tried one last time to righten things. So for one last time, I do apologize for bringing back a bad memory, and hope all goes well for you guys. This is Blahmarrow, and I hope you forgive me for being a fool. Whether you do or not, is up to you.

See you guys in the skies,

1: I don't know. History determines the winner. But there's one thing I can say for certain.

2: Sir, if you were my husband, I would give you poison!

And, maddem, if you were my wife, I would drink it! (Sir Winston Churchill, with a very clever retort to a comment made to him.)

kamakaze does not work.

It is difficult to be a suicide bomber in online multiplayer.

Don't drink and fly, it's a three dimensional drink and drive incedent waiting to happen.

Generally speaking, trying to make your plane do a loop while 7 feet of the ground causes it to crash.

When you blow up your own plane, your insurance company gets really pissed off.

Why do you have to read this?

My preference of tactics is to not charge in to the fight, but "let them come to me." Or to circle around the battle field and take out lone wolfs. Ever hear of a guy called Eric Hartmann? He inspired the tactics I choose to use. I also like to stop opponents from chasing allies by using long range weapons to force them to stop chasing their target. Another tactic I use is using the Idolmaster's Mirage 2000, on Ace Combat 6, and when needed, speed through the dogfight and launch as many missles as I can, then make a fast escape.

Retrieved from "https://acecombat.fandom.com/wiki/User:Blahmarrow?oldid=75715"
Community content is available under CC-BY-SA unless otherwise noted.