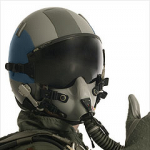 What's up, aces ! My name is Blaze230-Razgriz, although some people simply call me Blaze.I am a great fan of Ace combat ,Call of Duty,Battlefield as well as Star Wars.If you need some pictures to added on a particular page or article,don't hesitate to ask! I will be glad to do so.

My origins as an ace

It all started in 2006 when my Mom took me to a nearby electronic store to buy some video games for myself to play on the PS2 for my birthday. Hoping to find a new Call of Duty game which I was mostly into at that time,I searched through the racks of the video game section without any luck and that was when I found Ace Combat 04:Shattered Skies. Having brought it,I played so much on that very game as I was very impressed by it's story,as well as it's portrayal of the characters mentioned, that I wanted to get more of this kind. From that year on, I became an Ace Combat Fan.

After joining Acepedia in 2014 initially as an anonymous user, I became part of a group of fellow aces who have spent years in popularizing Ace Combat as one of the most successful Arcade Flight-Shooter games in the world.

I hope to contribute to the Acepedia community and, like many of our fellow Aces in the world, share the love of Ace Combat as well as the passion for flying thorough the Azure skies.

With Military life being in my blood from my Civvy Mom's side whose Grandfather and Father have flown for two Generations, I dream to take my place as a soldier and a pilot of a Proud Polish descent. A dream,I WISH, to be in the United States Marine Corps as a pilot.

Retrieved from "https://acecombat.fandom.com/wiki/User:Blaze230-Razgriz?oldid=258243"
Community content is available under CC-BY-SA unless otherwise noted.