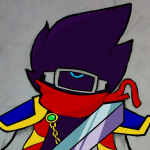 Cardboard Box down the street DMSwordsmaster

Give it some time

I'm just an Ace Combat vet who's played the vast majority of the games in the series, and who edits this wiki to help from time to time. Currently working on a few different projects; not only am I helping with Ace Combat 7 information where I can, I'm also attempting to modernize Ace Combat 3 aircraft pages to bring them up to snuff with the rest of the Wiki.

Activity on my part tends to be pretty sporadic for this wiki. I'm an admin of another wiki, and I've also got real life stuffs to deal with. So I may only get time to edit a bit during the day. If I even can edit in a day. I'll still try to stick around though.

Now that things are slowing down here, I may resume my more quiet editing routine. I'll most likely return to my active routine should things pick up again...

Ace Combat Zero: The Belkan War - I adore this game to pieces. It's got everything I WANT in AC. Good mission design, engaging story and characters, knuckle-whitening fights and gutpunch after gutpunch in the story. This is the peak of what I want Ace Combat as a series to be. Keeping the story and the gameplay interwoven excellently, and making sure neither is slacking off.

Ace Combat 2 - The best PS1 game in the series. Fite me. Pure arcadey fun. It took the basics of the original and improved it exponentially in every conceivable way.

Ace Combat X: Skies of Deception - A lovely and underrated PSP gem that nobody has played. It's a bit too hard for its own good sometimes, and some missions suck copious amounts of penis, but this is still a lovely game.

Ace Combat 04: Shattered Skies - Oh noes, I don't love this game as much as everyone else! No really, this game is fine on its own. I just hate some of the missions to death. Not because of their challenge, but because they're right bloody boring. Tango Line and Whiskey Corridor are the worst offenders.

Ace Combat 7: Skies Unknown - A wonderful return to form. The story's kinda bleh and I'm not fond of a lot of the SCRIPTING! that goes on in the campaign, but it's nowhere near as bad as other games in the SCRIPTING! department. However, it's got some really bad stinkers for some levels. Not overly awful, but... It's enough to make me shake my head at.

Ace Combat: 3D Cross Rumble - (I refuse to call this thing by its localized name.) A decent-ish remake of Ace Combat 2. I will say some of the missions took a nosedive in terms of quality, but I can still respect trying to force an AC game onto the 3DS of all things. It's also got the single hardest mission in the franchise (IMO), so that's a plus? I also like how they actually made Z.O.E. plot relevant. But still, I'll take AC2 any day over this.

Ace Combat 5: The Unsung War - It's good for your first playthrough. And then every subsequent playthrough you start to see how tight the SCRIPTING! is wrapped around your throat while you play. Probably the most aggressively linear game in terms of mission design. It's got some highs (Journey Home), but some truly atrocious lows (Final Option).

Ace Combat 6: Fires of Liberation - The story sucks a major fat one. It's such a massive, bloated mess on the game, it seriously bogs it down. However, I do like the scope of the missions... Even though I feel this leads to the missions dragging on for too long. I know some people love this game (for its mission design, mind) to death, but I just find it... Meh. Certainly not the worst game in the series, however.

Air Combat - I'll fully admit this is mostly nostalgia keeping this from being above the bottom. It's where Ace Combat (sort of) started, so you have to respect it for that, at the very least. Still, it's aged as well as milk.

Ace Combat 3: Electrosphere - I know people are gonna hate me for this. But I really don't enjoy this game. The story is too far out there to be enjoyable, and the presentation of the story is a load of old wank with characters literally just gabbing off to you on a computer monitor over events. The mission design is literally some of the worst in the series; literally no thought went into the vast majority of the missions. The boss fights are boring wank where the boss isn't a threat, it isn't a danger, it's just fucking annoying. Playing "chase-me" with a boss that does fuck all to actually threaten you isn't engaging. I can appreciate AC3 for the risks it took, and the revolutions it brought to AC's gameplay as a whole. But in a vacuum? The game itself is just mediocre. The fact we got an inferior port does not help matters. There's a reason I refer to bosses that aren't threatening but are just a pain in the ass to shoot down as suffering from "AC3 Boss Syndrome".

Ace Combat: Joint Assault - "Hey, let's take a game that was quite good and dump an infinite amount of shit onto it!" This is the worst AC game I've played to completion, by far. Brief glimmers of good AC mission design buried under raw sewage. This game is a complete joke.

Just for fun, I'm gonna list the superplanes I've seen from most favorite to least favorite. I don't necessarily have to have used them; I can like or dislike them based on design.

ADFX-01 Morgan - The first superplane I really cared about. Not to shit on the X-02; but I went through hell as a kid to find out and unlock this bad boy. And I was well rewarded; MPBMs are too damn fun.

ADF-11F Raven - Wow, new kid on the block gets this high! I fucking love this plane's design; it's the FALKEN but given modern sensibilities. And it's an absolute unit. RIP MP Meta.

ADF-01 FALKEN - The classic, one of the first superplanes to grace the series, technically. Though we wouldn't get it for a few games after its introduction. Can't hate on a classic.

X-02 Wyvern/X-02S Strike Wyvern - (They're the same damn plane...) Another old school classic. Combine the YF-23 with the Su-47 and give it a hilariously impractical number of moving parts to make a truly sexy plane.

XFA-27 - Another super old school plane. Gotta respect the classics, though its lack of presence in the series hurts it for me.

CFA-44 Nosferatu - A cool superplane from a mediocre game. ADMMs are fun, but otherwise, it's just kinda... unremarkable to me. Nothing bad though.

XFA-33 Fenrir - I also remember going through hell to unlock this thing. It's still a good plane, but... Geez, Ace mode ACX is absurdly tough.

That's the end of the positive list. Now we're getting into super planes I don't really like.

GAF-1 Varcolac - A stupid looking plane used by a stupid final boss in a stupid game. It's got hilariously overpowered machine guns, though.

UI-4054 Aurora - The least stupid-looking AC3 super plane in my opinion. And overall, it just looks like an F-Zero reject...

X-49 Night Raven/XR-900 Geopelia - (Again, more or less the same plane...) This is the stupidest fictional design in the series. They fly pretty good, but the designs are just... way too out there for me. They look like hollowed out, folded up dinner plates. I mean, I get it, flying wing design, but... DOUBLE flying wing design?? Come on... If I had to choose a "lesser evil" in this, I'd probably go with the Geopelia, because the curves make it... SLIGHTLY more natural? Eh? They're both still dumb looking...

Retrieved from "https://acecombat.fandom.com/wiki/User:DMSwordsmaster?oldid=250561"
Community content is available under CC-BY-SA unless otherwise noted.