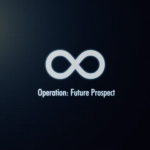 Not just yet, buddy!

Hi there guys and gals!

Thanks for checking out my user page.

You will find all sorts of information about Ace Combat on this website.

Have a look around, and if you want to have a chat, send me a message on my message wall and I will respond as soon as possible.

And make sure to add me on PSN. My username is Panicflank. If you do add me, make sure to mention your username on this website in the friend request, that way I know who I am adding, and will make the process faster.

Anyway, that is it from me. Go have fun surfing this website.

And as always, have fun aces! (Psst... here's a link to Joint Maneuvers)

"Time to dive into the fireworks!"
― Larry Foulke

Mayhem is a brilliant mission and soundtrack, is it not?

"Specter 1" Expert Not an

"Look, I know it has been a while, but we need you aces more than ever. We haven't been under this much stress as a nation before. Our prince thought it was in our best interest to be sold out to a trillion dollar corporation, but we aren't going to let them do it easily. We are going to commence a Coup d'état against out own nation to ensure our knights continue on. We can't let our nation be run by money hungry savages. We have fought for this land to the death before, we can do it again. Help the ground forces enter the palace without resistance and assassinate the prince. We need a real prince to rule over these lands! Just another thing..... we are all we have. All the rest of our army is building up defenses around the palace. We could die doing this. But I would rather die for a real cause, for this land, our land, than sit back and see our land become someone else's."

Help the ground forces enter the princes palace and assassinate the prince.

For me, seeing South Belka fall, with the destruction of our southern defenses, including Excalibur, was the end of just waiting for another pointless sortie to intercept harmless enemy aircraft. I was just utterly sick of our country destroying itself with unnecessary measures, especially with the 7 nuclear bombs. I wanted to find a way out and I had heard that a few of the allied forces were sick of all the fighting due to nations squabbling and were going to create an organization to stop this from happening in the future. "A World With No Boundaries" was what they called themselves. I found if I was going to clean the world from all this fighting, joining them would be a good start. But those days before then, where our Belkan army was glorious and proud. I saw the first test firing of the Excalibur while flying north of it. Its light was amazing, it made the sun look like a small light hanging in the sky, hardly noticeable. Our technology was superior and we couldn't loose. But that pilot.......

But those days are over now, as well as the days of being apart of 'AWWNB" along with all those "ideals". I found out during that time that those "ideals" were just an excuse for more pointless death doing more damage than I was keeping peace and removing borders. It felt like I was now just putting a border between myself and the rest of the world. Although during a a few sorties around Lumen during the assault with the super bomber XB-0, me and the rest of my squadron, along with Espada squadron had taken down over 100 allied fighters. Our squadron alone gained the nick name the "Demons of Hresvelgr". Not as big as the name of "The Demon Lord Of The Round Table", but I was proud. After that sortie my squadron returned to base while Espada attacked Valais air base. I wish I went there to face the "Demon Lord" myself. Things may have turned out differently. Maybe I could have shot him down but now I will never know. A few days after me and my squadron started to have doubts about how long the organization would last, so we defected back to the Belkan army with information about the organizations intentions, helping us get out of being in prison. And, well, we were right, it did end. Lucky for us, we were flying right by a battle between the "Demon Lord" and a skilled pilot flying one of our experimental fighters. We decided to watch the battle on our radars, then the ICBM V2 was launched. The "Demon Lord" killed the pilot with a head on missile attack, A few seconds after the V2 exploded in mid-air. The EMP set off by the missile was massive. Radar and communications after that were weak for a while. Maybe with that in hand, that was the end of the "Demon Lord", or was it?

But anyway, I now reside at an airbase near the Avalon Dam, waiting for my next call by the Prince of our proud and wonderful country of Belka. Being a part of the "Grey Men" now, it is my part that we do get to that amount of power again, no matter the cost. Maybe because of this, we will be as powerful and glorious as we once were. Taking back what was rightfully ours is going to be hard, but if we can succeed in our tactics, with our advanced technologies due to Grunder Industries that our country is going to use in the near future and with the "King" by our side, then the world will be ours.

Gefahr 1 (Or Danger 1, for all you Allied bastards)

Retrieved from "https://acecombat.fandom.com/wiki/User:Eagles_of_Garuda?oldid=218506"
Community content is available under CC-BY-SA unless otherwise noted.