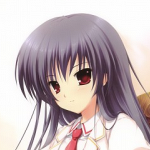 My username is inspired from "Time Crisis", another crowning video game franchise released by Namco alongside epic "ACE Combat". And I use same name for my Youtube account. Unfortunately, the Communist Party of China doesn't like Youtube, so I only can access it while staying in foreign lands.

A Life with ACE Combats

Had already heard reputation of ACE Combat for years, thanks for the promotion of certain video game magazines in China, but I was very poor during those years, and could not afford any mainstream consoles. Until that fateful day, I went to fix my damaged PSP, but the shop just made it worse. "I told you to repair it not to impair it!" As I shouted, the shop compensated me "ACE Combat X", a beautiful new world opened to me since then. I believe it is destiny that I meet ACE Combat and fall in love with it.

The Unsung ACES Slowly ongoing fanfic based on ACE Combat 5: The Unsung War, I'm rewriting the story by my own way.

Official Guide Book of ACE Combat 6 Scanned and shared by me, if you're on any projects of fan-fiction or fan-art regarding ACE Combat 6, or simply get stuck on some point of gameplay, come here and grab this book, it helps.

ACE Combat：Ikaros in the Sky Scanned and shared by me, the very first official-authorized novelization of ACE Combat. Too bad it is not based on continuity of Planet Strangereal.

Last, but not the least, my Base of Operation.

Retrieved from "https://acecombat.fandom.com/wiki/User:General_Wild_Dog?oldid=111247"
Community content is available under CC-BY-SA unless otherwise noted.