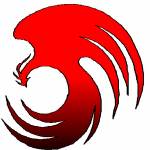 I've been a fan of flight simulators since about 2007 or 2008, when I discovered a freeware game called YSFlight. Became a fan of Ace Combat when I found a copy of Shattered Skies at a flea market for 5 bucks, beat it about three times, bought the other PS2 games over Amazon, beat them numerous times.

I play other flight sims as well, such as Il-2 Sturmovik and Tom Clancy's HAWX. HAWX in particular I'm liking because of how easy it is to mod, meaning I've made a couple Ace Combat-themed skins.

Retrieved from "https://acecombat.fandom.com/wiki/User:Kadorhal?oldid=171675"
Community content is available under CC-BY-SA unless otherwise noted.