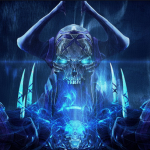 100% Xbox 360 achievements
9 Aircraft upgraded to level 20, multiple Youtube videos and edits, flown and tested all aircraft in the game

A demo of Ace Combat 6: Fires of Liberation picked my interest back in 2009, and convinced me to buy it, Platinum Hits edition as a bonus. After playing for so long, but with the dwindling multiplayer base, I was left looking forward for the next console title, Ace Combat: Assault Horizon. While I had a lot of fun, DFM got on my nerves after 100%-ing it, so a void was left once again.

While I heard of Ace Combat Infinity since its announcement trailer, it was not until June 2015 that I actually started getting a PS3 and playing it. From there, I steadily made uploads and edits on my Youtube channel, knowing that the game's content could be used in ways not explored by other Youtubers.

With Ace Combat Infinity shutting down in March 31, 2018, it comes as no surprise that everyone, including me, is impatient for Ace Combat 7: Skies Unknown's release.

Add a photo to this gallery
Retrieved from "https://acecombat.fandom.com/wiki/User:Knight_Valfodr?oldid=256451"
Community content is available under CC-BY-SA unless otherwise noted.