Hey guys, my name's "Furii",[a] President of the Brosean Federation. I just saw that Sly made new medals and templates to show who's an Administrator and who's a Content Moderator, and his page looks super clean. So, I guess I have to make my page look more professional now. Thanks, Sly.

Um, I guess I'll talk about my first few Ace Combat games? The first game in the series I played was Ace Combat 6: Fires of Liberation on the Xbox 360. After enjoying it so much, I played a bit of Ace Combat X: Skies of Deception on my cousin's PSP and also bought Ace Combat Xi: Skies of Incursion on my phone when that was a thing. No one I knew owned a PS2 so I couldn't play those games until later.

I made my first edit on Acepedia on October 14, 2014, and am somehow now a Content Moderator. Yeah, I was surprised when I was offered the position, too. I'm pretty happy with being a moderator, as I can now make sure the monthly Featured Articles are actually monthly. I'm looking at you, Sly. Being in the admin chat on the Discord channel is nice. I talk to Sly and Q the most, but everyone in there is chill so it's all good fun.

As you can see I'm just typing whatever comes to mind right now. The more text, the more professional my page looks! Maybe I should put a picture in somewhere too. If there's a picture somewhere in the upper right corner, I added it after typing this sentence. Okay, so the photo made the paragraphs look ugly, so I'll just hyperlink this text to the image I wanted to put. Looking at the preview while I'm editing and I think this is looking pretty professional. Imma go ahead and publish this.

So I just found out there are character Infoboxes specifically for users which is pretty cool. So, as you can see, there is now a big box with text in the top right of this page, next to the very funny quote that might or might not be mine. Anyway, yeah, don't know if I think it looks more or less professional with that Infobox there, but whatever, I'll keep it for now.

Was a pilot in training. One day, a friend decided to prank me by sticking paint in my jet engine. So on the day of my first sortie, I turned on my engine and my plane blew up. I died that day. The end. What a jokester.

I was later brought back to life in Farbanti. I was surprised when I thought I could see an aircraft carrier from my bed, when suddenly, a shot down jet crashed into the hospital I was staying in, killing me once again.

I flew a plane for a bit. 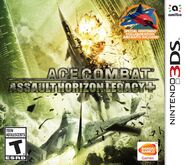 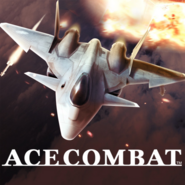 Played it
Add a photo to this gallery 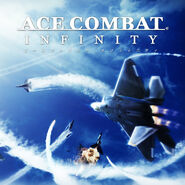 Completed
Add a photo to this gallery