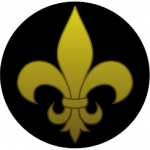 Hello, I'm Jake Ryan. I am an aviation nut, and my favorite airplanes are the B-25 Mitchell and the F-14 Tomcat. You can find me regularly on Acepedia. I play games such as Ace Combat, Gran Turismo, Call of Duty, Battlefield, War Thunder, Robocraft, IL-2 1946, Gmod, and Portal. I have played Ace Combat 3, Ace Combat 04, Ace Combat 5, Ace Combat Zero, Ace Combat Assault Horizon, and Ace Combat Infinity. I own a PlayStation 3. You can add me at TehEpikAspie or CampyGamerTag. My favorite aircraft from the Ace Combat series is the F-14D Super Tomcat.

AC04 is a really fun game. When I first picked it up, I didn't realize that the flight mechanics were gonna be really different than the flight mechanics of AC5 and ACZ. I finished it in a few days, and loved every single bit of it. Except Tango Line. Fuck Screw that mission.

After I played through the game a little bit, I decided to hunt down all of the aces. I had a fun time doing so. But one day, I booted up the game and noticed that almost all of my progress was gone. Turns out I had booted the wrong memory card. I switched cards and got right back to the action.

Overall, AC04 is really, really fun and it's easily in my top 3 of Ace Combat games.

Now, this game went by very quick for me. I was bored with Black Ops II and MW3, and went to GameStop for another Ace Combat game. I bought Assault Horizon, took it home and played it. For the most part, it was a good game. The campaign was short, though. I do believe I finished it in about 7 hours. I liked being able to finally fly the CFA-44 and be able to fly as Blaze and Zipang again. But the thing that really got me was the multiplayer scene. By the time I got ACAH, the game was a few years old. But, the multiplayer scene was filled with aces that I always went up against. I remember this one user by the name of Fred_Mag who constantly murdered everybody with his Su-35 (Su-35 op scamco pls nerf). I was playing one day, and prepped my F-14D. With such a low-tier aircraft, I was able to wipe the skies clean of many aces such as Fred_Mag, LooneyAces, and GeminiThunder (XLAA op scamco pls nerf). Fred_Mag saw my capability and challenged me to a 1v1. Turns out I still wasn't good enough to beat him. He thanked me for partaking in a 1v1 with him and he hoped to see me in the skies of Ace Combat Infinity.

What's Next for Regal2? Edit

Retrieved from "https://acecombat.fandom.com/wiki/User:Regal2?oldid=203100"
Community content is available under CC-BY-SA unless otherwise noted.