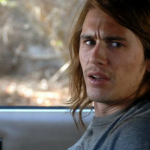 Before I go on, I would like to point out that these are opinions and are not necessarily true. They are listed in order of my playthrough, not from best to worst.

Retrieved from "https://acecombat.fandom.com/wiki/User:Solowing106?oldid=201326"
Community content is available under CC-BY-SA unless otherwise noted.