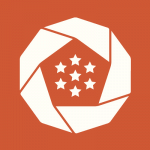 Relative newcomer to Ace Combat, only started playing in late 2015 back when the most emulation I could handle was Skies of Deception on PPSSPP, after Ace Combat was put on my radar through the black sheep. Built myself a PC in late August, 2016, and then finally got the Holy Trinity under my belt, as well as Ace Combat 2 and Electrosphere's International Edition patch. Mid-2018, I got my hands on a 3DS and played through Assault Horizon Legacy.

It's great to be part of the community and experiencing a new numbered title release as it happens. Ace Combat's just about the only fandom community I've ever been deeply involved with, and I don't think I could've chosen a better one.

Most of my efforts on Acepedia so far have been improving Electrosphere's Mission pages, or in some cases creating them from scratch, and taking part in the effort to clean up The Unsung War's mission pages, and I'm eagerly looking forward to being able to make such contributions for Skies Unknown!

You'll find me most on Steam. Aside from Ace Combat, I play a lot of Warframe (ThatLimey), and Final Fantasy FFXIV (Emi Foulke, Phoenix). I spend a lot of time in Team Fortress 2, being a moderator on a favourite server of mine.

Apart from that, nothing is known about him you'll probably figure out what else I like if you chat with me regularly on the Ace Combat Discord server because if you hit one of those nerves, I'll talk for an eternity.

Retrieved from "https://acecombat.fandom.com/wiki/User:ThatLimey?oldid=252648"
Community content is available under CC-BY-SA unless otherwise noted.