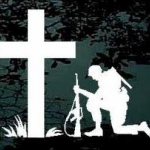 This is who I am (Strangereal)

Hello, my callsign is War Eagle. I was born and raised in Osea.

Like my father, Im a pilot. But insted of fighting for a country, Im a mercenary.

Life as a mercenary.

I am a member of a PMC known as "Ghost of Solace". We are a company that seeks peace. We only fight for those who need it and want a end to wars. Also before we fight for a country, we find out the facts. Who they are and who their fighting Why they are fighting. Also where they are Fighting. Based on these conditions, we determene if they seek to end the war or not. We never fight for those who seek war for profit, extra land, ect..

Unlike most mercenarys, Im a freelancer. As a freelancer, I choose to fight for who I wish. Im with no squadron, its just me like Mobuis 1 did.

Also unlike most mercenarys, when I get my pay I give most of it back to help pay for war damages for both countrys. I only keep what I need to survive. No more, no less

I primaly fly a F-22 but I have been know to adjust to diffrent aircraft depending on the situation.

See You in the skies.

Well first off, Im a Christian, which is why I want to be a Air Force Chaplain. I feel its the best way I can server my God and Country. Oh and calling me a Jesus Freak is a complement to me.

I'm also a normaly good mood kinda guy. It does take a lot to get me mad (unless its repeditive) but I can easly forgive and forget.

I'm a millitary brat as well, My dad is a Army Helocopter pilot (well now flies computer desk) so that explains my willingness to join the military. Even though I want to be a chaplain, my dream was to be a F-22 pilot ( My opinion: the most beautiful plane ever made) but I where glasses so thats an end to that (My eyes arn't bad, just not good enough). To be honest, it was Ace Combat 04 the gave me this dream.

War Eagle 1: I chose the name because "War Eagle" is the battle cry of the college I plan to attend. Auburn University, where i plan on majoring in history.

Ghost of Solace: Im a stealthy kinda guy, and whats more steathy than a ghost. As for Solace, its a fancy way of saying peace. Though Jesus, I can help people find peace in life and lead them to the ultimate peacebringer. Argo I'm the Ghost of Solace

Renegade: A renegade is someone who leaves one thing for another. When I became a Chirstian, I gave up my life to Christ and left sin behind. So, in a sence, Im a Christian Renegade. Plus it sounds cool!

F-22A Raptor: I fly the F-22 as my primay aircraft because it a truly a air superiority fighter. This thing can take down its enemy(s) and still look beautiful when comeing home. This is also about as close as

"I'm gonna pray for you"

"See you in the Skies"

I will add more as I go. See you in the skies.

Retrieved from "https://acecombat.fandom.com/wiki/User:War_Eagle_1?oldid=114197"
Community content is available under CC-BY-SA unless otherwise noted.