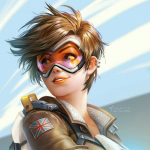 "In a man to man fight, the winner is he who has one more round in his magazine."
― Erwin Rommel

"The future doesn't belong to the fainthearted, it belongs to the brave."
― Ronald Reagan

"A professional soldier understands that war means killing people, war means maiming people, war means families left without fathers and mothers. All you have to do is hold your first dying soldier in your arms, and have that terribly futile feeling that his life is flowing out and you can’t do anything about it. Then you understand the horror of war.

"When the rich wage war, it's the poor who die."
― Jean-Paul Sartre

"They've got us surrounded again, the poor bastards."
― Creighton Abrams

"If tyranny and oppression comes to this land, it will be in the guise of fighting a foreign enemy... the loss of Liberty is to be charged with the provisions against dangers, real or imagined, from abroad..."
― James Madison

Retrieved from "https://acecombat.fandom.com/wiki/User:Warwolf_1?oldid=187134"
Community content is available under CC-BY-SA unless otherwise noted.