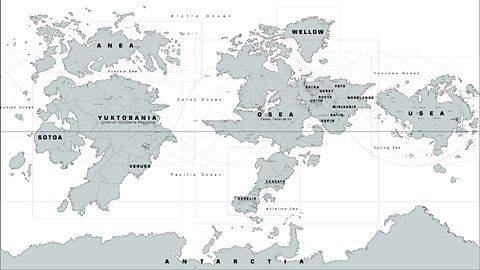 I have invented a sort of forum game. It will be hard to play without a private posting option, but should be fun nonetheless.

To rule the world!

How to Start Playing

Everyone will choose a country from the list of Strangereal countries I have provided. First come first serve, so if you miss out, better luck next time.

Once all the slots are full, I will officially start the game. From that point on, all posts made not relating to the game should be titled with "Comment" using the Heading 2.

The last player left after the final Crisis wins. If there is miraculously more than one player left, they will face of in a final battle.

Note that if you choose AWWNB, you will start out with NO territory.

Also, if you want an ace squadron or superweapon assosciated with your country to be available for your use, you will need to "purchase" it for points. Points act as a currency- like credits in the actual game. For instance, Wardog Squadron or the Arkbird might cost 50-200 points respectively.

BE CAREFUL when purchasing squadrons or superweapons. You want to have saved up some extra points (more points than the superweapon/squadron costs) in case you run into a problem and lose points from your Wild Card.

Let the games begin! To sign up for the game, post the name of your selected faction. First come first serve, so choose quickly! Also, you have to have a Wikipedia account to play- no Anonymous users.

IF YOU ACT OUT OF LINE OR START SPAMMING, YOU WILL BE KICKED FROM THE GAME!

Retrieved from "https://acecombat.fandom.com/wiki/User_blog:SuperJaws100/The_Strategy_Game?oldid=195813"
Community content is available under CC-BY-SA unless otherwise noted.