Shoot down all enemy aircraft.

Mobius 1
This article is about an in-game mission. For the in-universe event, see Operation Sentry's Brunt.

VR Mission 03 is the third VR Mode mission in Ace Combat 7: Skies Unknown. The player assumes the role of Mobius 1 as they engage enemy aircraft over Waiapolo Mountains.

IUN-PKF Commander: We got intel on their plans to transport a WMD. Enemy transport is currently flying above the Waiapolo Mountains. HQ's orders are to capture it. If we can get war crime evidence, we could suppress Free Erusea's activities. At the beginning of the mission, we will approach the transport while attempting radio contact. We will force their landing. Our objective is to capture the plane, but we can shoot it down if the situation goes south. Keep that in mind.

The player should first approach the C-130 Hercules as instructed in the mission briefing. Once close enough, the player and other friendly aircraft will face enemy missiles from below.

The player then needs to destroy all hostile aircraft in the area, including the C-130. When six of the eight AV-8B Harrier II plus have been shot down, nine Su-35S Flanker-E will appear in groups of three, surrounding the player from a distance, and will fire long range missiles at a regular interval.

IUN-PKF Commander: Free Erusea's plan was a fake. The fact that we took minimal damage...and struck a serious blow to their stealth power is a testament to the Mobius Squadron's skills. But if this was a diversion, what was their true objective? The war with Free Erusea may have entered a new phase. Be on standby.

Complete the mission under 9 minutes. 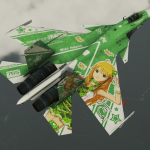 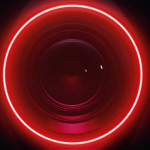 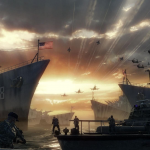