"Virtual reality really gives you that illusion, it tricks your brain really, that you are inside this jet, and the level of immersion is unparalleled to any past experiences you do through a screen interface."
― Kazutoki Kono on the VR Mode[1]

VR Mode[note 1] is a collection of gameplay modes in Ace Combat 7: Skies Unknown that support virtual reality headsets. It includes a set of three exclusive missions, an airshow mode, Free Flight, and the hangar. The player assumes the role of Mobius 1 while in VR Mode.[3]

VR Mode was made available on the PlayStation 4 version of Ace Combat 7 upon release in January 2019. It will remain exclusive to PlayStation for one year until January 18, 2020.[4] The player can use any controls compatible with the main game for VR Mode, including flight sticks.[5]

VR Mode only supports a small number of aircraft since each one is completely rebuilt specifically for virtual reality. These aircraft feature high-quality model textures and fully-working cockpits.[2] Before each mission, the player selects and views their aircraft in a hangar modeled after the Ace Combat 04: Shattered Skies hangar.[3] Each aircraft also comes with the same three special weapons available in the non-VR gameplay modes.[2]

The full list of aircraft available in VR Mode is as follows:

VR Mode includes three exclusive missions that must be completed in sequence. These missions feature a small variety of Ace Combat mission types. VR Mission 01 is a standard bomber defense mission where the player must shoot down all incoming bombers and escorts. VR Mission 02 involves an aerial dogfight followed by defending allies from enemy ground troops. VR Mission 03 is a dogfight mission over a cloudy mountain landscape with a "boss battle" at the end.

The player can choose a mission difficulty prior to entering the mission menu. At first, the player can only choose between EASY, NORMAL, and HARD difficulties. Completing all three missions on HARD difficulty unlocks a fourth, ACE difficulty. The player also earns a Clear Rank at the end of each mission depending on how much time they spent to complete the mission, with S rank being the highest possible rank.[2]

As in the main campaign, VR Mode allows players to perform Free Flight over the three VR Mission areas. These are Fort Grays Island, the Scofields Plateau, and the Waiapolo Mountains. Players have 10 minutes to spend in Free Flight, at which point the mission ends. Mission background music does not play while in Free Flight, and there are no radio communications.

VR Mode's Airshow Mode allows players to stand on the deck of the Albatross and watch Omega Squadron perform various aerial maneuvers. The player can change their position on the carrier, direct the airshow by ordering the squadron to perform specific maneuvers, and activate or deactivate classic Ace Combat 2 music playing from the carrier's speakers. 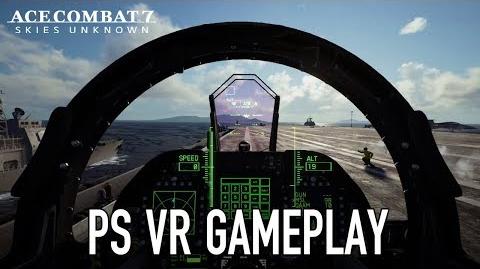 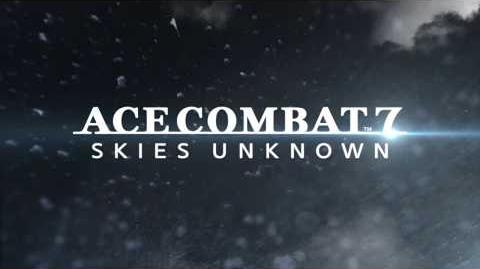 Retrieved from "https://acecombat.fandom.com/wiki/VR_Mode?oldid=260689"
Community content is available under CC-BY-SA unless otherwise noted.