is a Special Aircraft variant of the X-49 Night Raven featuring the livery of Rena Hirose. 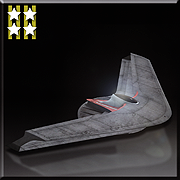 "A special aircraft of the X-49 which resembles the aircraft flown by a young female test pilot who was a subject in the "DOE" (Darkness of Enigma) project. Adjustments have been made resulting in a good maneuverability despite its size. However, it may prove difficult for average pilots to control. The future of this raven that flies above the battlefield is unclear, but one can only pray for its safe return.

*The in-game screen display for this aircraft is based on the design of "ACE COMBAT 3.""
― Hangar

This aircraft was only available for the top 200 players in the "I'm pinned down!" Ranking Tournament in late June 2015. 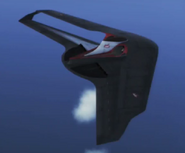 Retrieved from "https://acecombat.fandom.com/wiki/X-49_-Rena_Hirose-?oldid=224666"
Community content is available under CC-BY-SA unless otherwise noted.