During the Aurelian War, 6 XC-01s were seen over Monte Breeze heading towards Griswall to deliver the MBSR. The MBSR was intended to enhance the Meson Cannon powered by the Gaiuss Tower in the middle of the city. The XC-01s were all shot down by Gryphus Squadron. 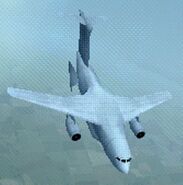 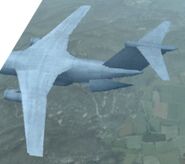 Retrieved from "https://acecombat.fandom.com/wiki/XC-01?oldid=252146"
Community content is available under CC-BY-SA unless otherwise noted.